What Christmas Means To Me
Stevie Wonder

All I Want To Do
Sugarland 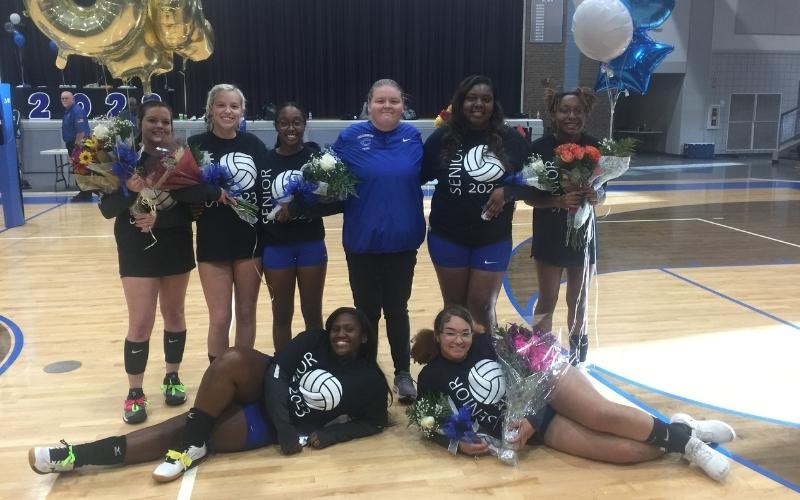 The Lady Tigers’ won convincingly with a commanding 3-0 match scoreline with individual sets going in favor of Childersburg 25-13, 25-10, and 25-14.

However, it wasn’t just the win that had Head Coach Terrie Sprayberry in good spirits. For her, it was also about celebrating her seven seniors.

“It was a special night last night,” said Coach Sprayberry. “We celebrated our seven seniors for the 2022-2023 season. They all showed out last night in front of a great home crowd. They played well and hustled the entire time. I would like to thank all the fans and parents that participated last night. I also would like to thank Childersburg’s faculty, staff, and administration for coming last night and throughout the season because it meant so much to the players and coaching staff.”

On the night, the Tiger unit amassed 41 aces, 20 kills, 16 blocks, and 9 digs. Individually, the following seniors recorded the following stats vs. Tarrant:

Now, the squad will put the night of honor behind them and continue their push to the playoffs. The Lady Tigers currently sit at second place in area play with a 3-1 record. The team has a 6-8 overall record for the season.

“Our season is going very well,” Sprayberry noted. “We started being really competitive with bigger schools but always fell short. Now, we are getting to our area matches, and are very competitive and focused. If the players stay focused, we will have a chance to be very competitive and successful during the postseason. I am so proud of each of the girls on the team. They have worked hard from the first practice to now.”

Childersburg’s next game is set for Oct. 4 against area opponent Indian Springs.