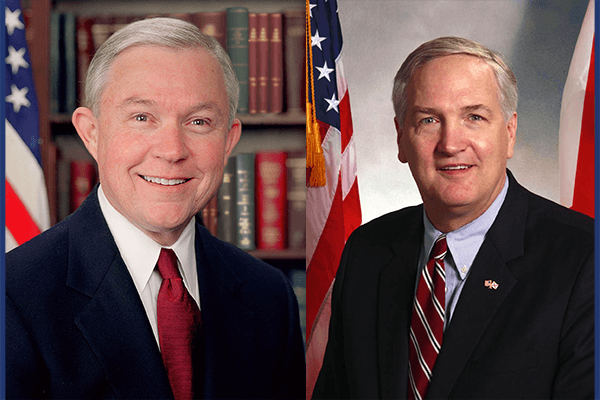 Sessions was confirmed by a vote of 52-47 in the United States Senate. All Senate Republicans, fifty-one excluding Sessions, and one Senate Democrat, Joe Manchin of West Virginia, voted to confirm Sessions. The other forty-seven senators, forty-five Democrats and two Independents caucusing with the Democrats, voted no.

With a confirmation vote of 52-47, under previous Senate procedure, Sessions would not have not been confirmed. In 2013, Senate Democrats, then in the majority, voted to change the confirmation process for executive and judicial branch nominations, excluding the Supreme Court. Now, nominees need a simple majority of fifty-one votes to be confirmed. Prior to 2013, nominees needed a supermajority of sixty to be confirmed.

“I am greatly honored and humbled to accept the appointment to Alabama’s Senate seat vacated by Sen. Jeff Sessions,” said Sen. Strange. “Sen. Sessions’ commitment to public service is nearly unparalleled in Alabama history and his departure from the Senate leaves tremendous shoes to fill. I pledge to the people of Alabama to continue the same level of leadership as Jeff Sessions in consistently fighting to protect and advance the conservative values we all care about.”

In most cases, the governor will schedule a special election within four months of appointing a replacement. Bentley has delayed the special election until the Nov. 2018 elections, when Alabama voters will vote for Governor and Congressional Representatives. Neither of Alabama’s U.S. Senate seats are scheduled to hold a regular election in 2018.

Bentley has cited cost as the main incentive for delaying the special election. Each election costs the State of Alabama more than $15 million between primaries, run-offs, and the general election. In addition, voter turnout would likely be higher with other high profile races on the ballot.

Prior to being appointed by Bentley, Strange announced he would run in the 2018 special election. The next regularly scheduled election for this Senate seat is in 2020.