The Way You Make Me Feel
Michael Jackson 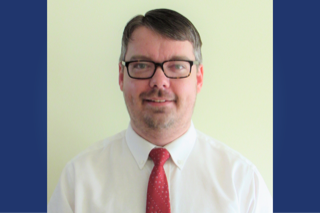 SYLACAUGA, Ala. – Nichols-Lawson Middle School has a new assistant principal.

On Wednesday, the Sylacauga Board of Education approved the recommendation of Chad Littleton as assistant principal of Nichols-Lawson Middle School during a called board meeting.

Littleton is a 2001 graduate of Sylacauga High School and earned his bachelor’s from Auburn University in 2004, a master’s in secondary education – English from the University of Montevallo in 2007, and a second master’s in instructional leadership in 2012. He is currently working on the educational specialist degree at Samford University.

Littleton taught seventh grade English at Childersburg Middle School in 2005 and two years later joined the faculty at Nichols-Lawson Middle. Additionally, he taught English at Sylacauga High School for four years and was instrumental in re-establishing the SHS Aggie Theatre. He returned to Nichols-Lawson in 2017 as a Title I reading teacher and coordinator of the Response – to – Instruction team and school test coordinator.

He brings to his new administrative role wide-ranging experience aligning instructional resources and strategies to lead student growth. He and his wife, Kasey, have one daughter and live in Sylacauga.