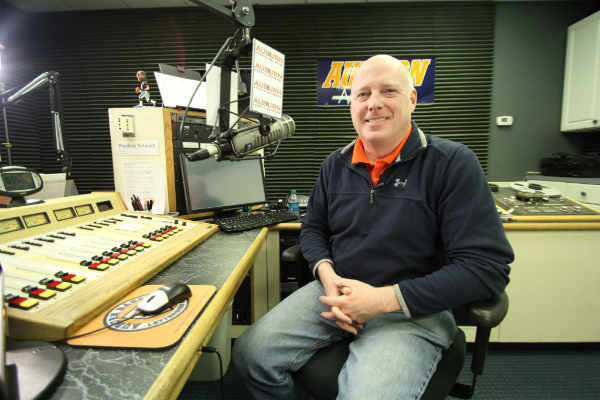 AUBURN, Ala. – According to the Auburn Tigers, Rod Bramblett and his wife Paula were involved in a car accident Saturday night in Auburn.

Reports are now saying Rod Bramblett, long-time Voice of the Auburn Tigers, has died as a result of his injuries from Saturday night’s car accident.

According to a statement from the Lee County Coroner Bill Harris the female passenger inolved died at East Alabama Medical Center. Reports are that Bramblett’s wife, Paula, was pronounced dead. Names of those involved with the accident have not yet been released.

An Auburn official said privately that Bramblett has been airlifted to a Birmingham hospital.

The Coroner added that “the driver of the other vehicle was taken by ambulance to East Alabama Medical Center emergency room with non-life threatening injuries.”

He also said “alcohol was not a factor in the accident.” The accident is still under investigation by the Auburn Police Department and the Lee County Corner’s Office.

In a written statement and via Twitter from the Auburn Athletic Department:

“Rod Bramblett, the Voice of the Auburn Tigers, and his wife, Paula, were involved in a serious car accident early Saturday evening in Auburn. We ask the Auburn Family to keep the Bramblett family in your thoughts and prayers.”

Rod Bramblett, the Voice of the Auburn Tigers, and his wife, Paula, were involved in a serious car accident early Saturday evening in Auburn. We ask the Auburn Family to keep the Bramblett family in your thoughts and prayers.

You will not find a kinder, more unselfish sole than Rod. His love for Auburn, our student athletes and coaches is genuine and heard loud and clear. Praying for Rod, Paula and Bramblett Family https://t.co/XXdvs7oafX

According to AuburnTigers.com, Bramblett began his tenure at Auburn in February 1993. He is in charge of day-to-day radio operations for Auburn Sports Properties, Auburn Athletics multi-media rights holder. He is also the Lead Announcer/Voice of the Auburn Tigers for Auburn football, men’s basketball and baseball. He has served as the Voice of the Auburn baseball team since 1993. He took over for play-by-play duties for football and men’s basketball in 2003. Bramblett is also the host for the Auburn Football Review television show, while serving as a producer for the Auburn Football Every Day and Auburn Basketball Review television shows.

Bramblett began his broadcasting career in Lanett, Ala., working part-time at WZZZ/WCJM radio stations while attending Auburn University. From there he went on to work in Auburn at WAUD from 1989-1991 and then again from 1993-1996. It was at that time he did play-by-play for Lee-Scott Academy and Auburn High School athletics. In the one-year away from WAUD he worked in Morristown, Tenn., for two different radio stations where he served as the play-by-play voice of Morristown West High School football. Bramblett is a three-time winner (2006, 2010, 2013) of the Alabama State Broadcaster of the Year as presented by the National Sportscasters and Sportswriters Association. He was also named National Broadcaster of the Year by Sports Illustrated in 2013.

Bramblett is a native of Valley, Ala., and is married to the former Paula East. They have two children, a daughter Shelby and a son Joshua.

SylacaugaNews.com will continue to update this story as more information becomes available.