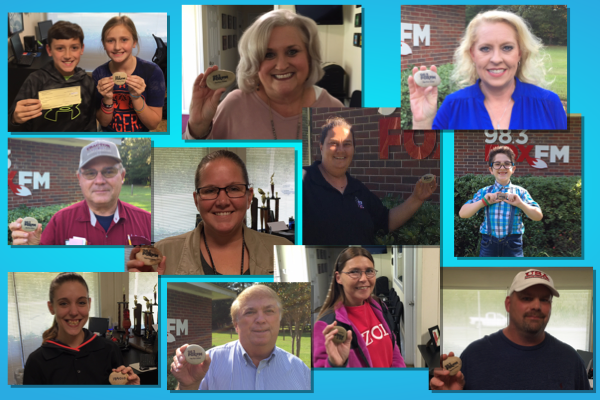 From Oct. 9-27, 98 rocks bearing radio station logos and unique numbers were placed in public locations in the 98.3 Fox FM coverage area. Several times each day, numbers were announced on-air, and listeners who had found those rocks were invited to confirm via text message to win. Each rock had a predetermined value of between $25 and $1,000.

“The goal was to build listener engagement and attentive audiences for our advertisers, and we definitely had people talking,” said RadioAlabama Executive Vice President Michael Brannon. “The success of the public and very popular ‘Sylacauga rocks’ fad gave us the idea.”

“We have more high-reward promotions planned for November and December,” Brannon added.

98.3 Fox FM is one of four radio brands, complementary websites, and mobile apps operating under the RadioAlabama umbrella. Along with SylacaugaNews.com, the six signals potentially reach hundreds of thousands of people in parts of 20 counties in east central Alabama.