Crazy For You
Madonna 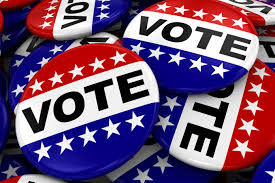 SYLACAUGA, Ala. – The polls will be open tomorrow for the primary runoff election from 7 a.m. to 7 p.m.

Republican voters throughout the state will be making the choice between former Senator and U.S. Attorney General Jeff Sessions and former Auburn head football coach Tommy Tubberville to square off against incumbent Democratic U.S. Sen. Doug Jones in November.

There will also be a Republican runoff for Court of Criminal Appeals Place 2 between Beth Kellum and Will Smith. There are no Democrats in this race.

There are no Democrat runoffs in Talladega County, however Republican voters will be casting ballots in two County Commission races.

District 1 Commissioner Jackie Swinford is in a runoff with Jay Watson.