My mother, only four years older, taught him in one of her first years at Sylacauga High School. His sister Ruth was head of nursing at Sylacauga Hospital, where my dad was administrator.

My dad enjoyed driving – long, long, long drives – for summer vacations. In the late 1960s, we would almost always head west, with visits to the Gomer Pyle U.S.M.C. set among the stops. I always imagined my shadow being seen in the background of random shots.

The episode I most remember featured a cat named Henrietta, smuggled aboard a Navy ship during training exercises because Gomer just couldn’t leave her behind. My sister and I were allowed to play with the well-trained cat, which knew to cuddle up to Gomer thanks to catnip and tuna strategically planted on his boots and pants legs.

The series was filmed at Desilu, in the same area as the Andy Griffith Show and Hogan’s Heroes, so I seized the opportunity to wander and meet with those casts, the most memorable being Larry Hovis who, like Jim, was discovered by Andy Griffith. 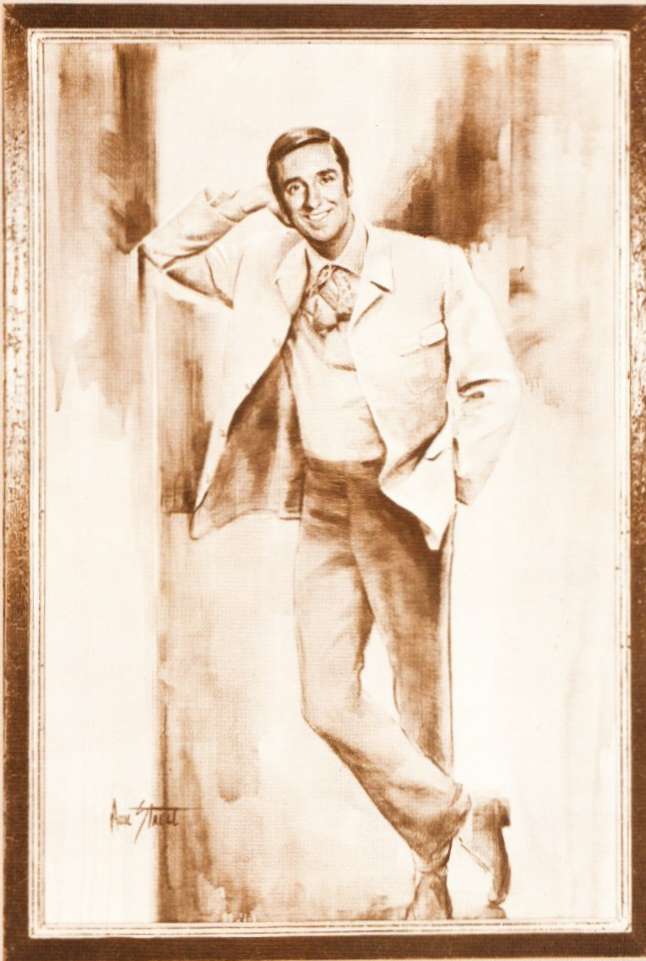 We visited Jim’s home in the Los Angeles suburb of Bel Air, which wasn’t far from the “real” mansion featured in the Beverly Hillbillies, and hung out with Frank Sutton, Ted Bessell, Ronnie Schell, and their families around the backyard pool along with, as I vividly recall for some reason, a huge dog.

In later years, our summer breaks would take us to places including Lake Tahoe, where we would catch Jim’s show at Harrah’s, goofing around backstage with the likes of Emmett Kelly, a famous clown who never broke character. In the “it’s a small world” department, I randomly reconnected with Kelly’s daughter years later in Sarasota when I was with the AP and she was a DJ at a radio station there.

In 1971, my dad and I visited during an unrelated trip to see America in concert at the Hollywood Bowl and were invited to join Jim’s mother Mavis in the audience of a Carol Burnett Show taping, where we also met Carol and the gang. The camera focused on the audience caught my dad and me sitting next to Mrs. Nabors, who patiently knitted a sweater during the show as if in front of the living room television.

At Jim’s home in Bel Air, where the life-size portrait at the right was hanging in the foyer, his mom prepared for me what became my favorite meal – a chicken Parmesan variant. Hanging out in the kitchen as she cooked, there was a knock at the back door – the mother of Tonight Show band leader Doc Severinsen, a next door neighbor, wanting to borrow a cup of sugar. No joke. Also on that trip, I saw and used my first VCR, watching Jim’s Betamax tape of Blazing Saddles.

At some point, my sister and I were given a puppy from a litter of Jim’s Russian poodles.

In 1977, Jim performed in the University of Alabama’s homecoming parade, and I helped escort him around campus.

In October 1978, Jim was in Sylacauga for the renaming of part of U.S. Highway 280 in his honor and asked me to introduce him in the huge Jim Nabors Day concert performance. He also asked me to meet and chauffeur his orchestra conductor, a Californian who’d surely never been to Alabama, in from the Birmingham airport.

In the 1980s, I would see Jim at holiday parties when he was in Sylacauga. Based in Washington, I would occasionally receive phone calls from him when he was performing up the road in Atlantic City. When a colleague and I drove up for a show, Jim made sure we had the best seats in the house and invited us backstage for food and a long chat, with the president of General Electric and other much more important people joining us later. His priority was always introducing people from “home” and talking up Sylacauga.

When my dad died in 1991, Jim was quick to call my mother with condolences and support.

Unrelated to knowing Jim, I developed a friendship with June Lockhart of Lassie and Lost in Space fame in the late 1990s. In March 2002, June was in New York City along with other famous “moms” for an American Egg Board public relations eggstravaganza (e.g. eggs are good for you, per mom), and I was one of very few “outsiders” invited to join the gang for dinner -– me, Marion Ross (Happy Days), Barbara Billingsley (Leave it to Beaver), Betty Buckley (Eight is Enough), Beverly Garland (My Three Sons), and Shirley Jones (The Partridge Family). When I mentioned I was from Sylacauga, Ross and her husband Paul Michael immediately exclaimed in unison, “The home of Jim Nabors!”, and table conversations enthusiastically switched to how nice he had always been and visits with him in Hawaii.

I last saw Jim in concert at the American Music Theatre in Lancaster, Pa., in 2004. Several people from Alabama also attended, and my guests included friends from a local television station. As we were ushered backstage, Jim made sure he first introduced everyone from Sylacauga to everyone else, then bragged to all that I was “Mr. AP” and that he’d known me forever.

Gracious, and always talking up Sylacauga. That’s how I will remember Jim Nabors.

Her World or Mine
Michael Ray