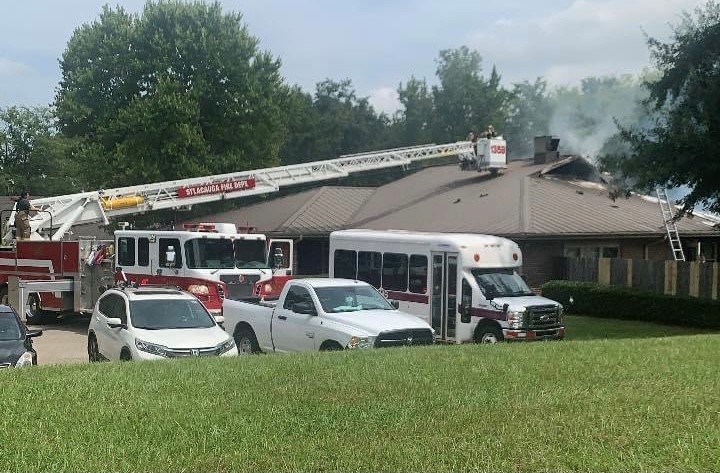 SYLACAUGA, Ala. – Hillwood Home, a private rehabilitation facility in Sylacauga, was damaged by fire this morning but there were no injuries according to Sylacauga Fire Chief Nate Osgood.

Osgood told SylacaugaNews.com that his department responded to the fire on N. Elm Ave., near the Sylacauga Utilities Board, around 11:20 a.m. Upon arrival, nearly one-third of the structure was in flames. SFD had the blaze under control shortly after 12:10 p.m.

“Our firefighters did a fantastic job containing the spread of the fire,” said Osgood. “No injuries were reported to civilians or fire department personnel.”

A preliminary investigation shows that the fire was most likely accidental with suspected maintenance work the cause.