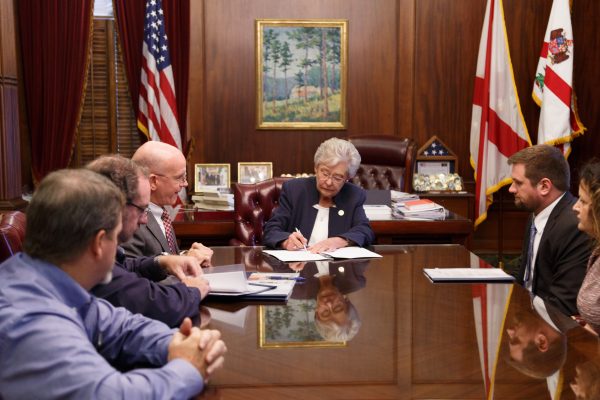 MONTGOMERY, Ala. — In response to Governor Kay Ivey’s request, President Donald Trump declared that a major disaster exists in the state of Alabama, as a result of Hurricane Michael. The Federal Emergency Management Agency Public Assistance Program will provide assistance to four affected counties: Geneva, Henry, Houston and Mobile Counties.

“I appreciate President Trump and FEMA for being responsive to our requests for assistance following Hurricane Michael,” Governor Ivey said. “Alabama did not take the brunt of the storm damage, but many people in our state were affected. This public assistance will be very beneficial, especially to the small communities in the Wiregrass that have worked very hard to clear the debris and get power service back up for residents.”

Under the Public Assistance Program, state and affected local governments are eligible to apply for federal funding to pay 75 percent of the approved costs under certain categories such as debris removal and road repair related to the storm. FEMA previously approved reimbursement to state and local governments for costs associated with emergency protective measures taken during Hurricane Nate.

“We are so appreciative of the support we have received from FEMA, our Congressional Delegation and the President for the Governor’s request,” said Alabama EMA Director Brian Hastings. “The Major Disaster Declaration is a huge step in the recovery process and represents the continuation of our strong partnership with FEMA and local governments to connect eligible applicants with Federal assistance to continue on their path to a better tomorrow.”