Stay With Me
Sam Smith 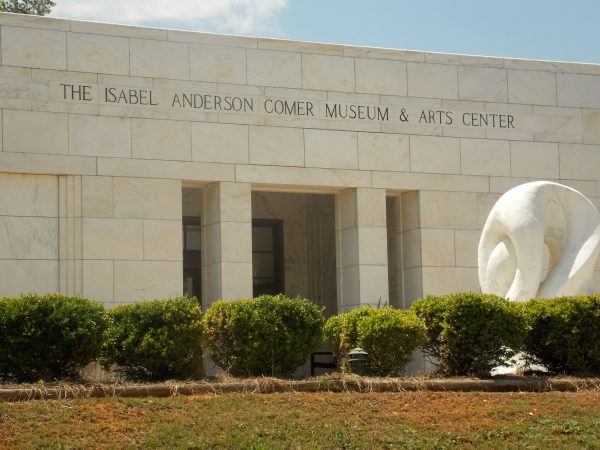 SYLACAUGA, Ala. — With Halloween only days away, many Sylacauga residents are looking for haunted areas to visit. Halloween lovers should look no further than Sylacauga’s own Comer Museum.

Upon entering, Powell was given a short tour and introduced to one of two eerie parts of Comer Museum, the first of which was Harriet, a haunted doll. Powell said he felt an odd energy when around the doll. This energy was significant, as Powell is not extremely sensitive to activity. The second portion that gave off haunted vibes was the pioneer cabin in the museum basement. Powell said the cabin gave off a similar energy, with a tingling or electric charge in the unwelcoming air. While in the basement, many spirits gave off odd sensations. A common sensation was to have the feeling of a little boy kicking people in the shins.

After meeting Harriet and visiting the cabin, Powell and the group met three dolls from the haunted collection of Kevin Cain and then went to a voice box session in the basement, where guests from S.C.A.Re felt more unusual sensations.

Quite possibly the most compelling piece of evidence captured by the group occurred when communing with Harriet. One guest using a thermal imaging camera saw a fairly significant patch of unusual light, blind to the naked eye, near the upstairs balcony. The investigators then headed to the balcony, where they could not find the source of light. They did, however, experience multiple sensations of being touched by a spirit.

Powell stated that marble deposits below the building and structures in and out of the building gave off a form of psychic energy, causing the unusual sensations. In addition, many spirits may come from electromotive forces emitted by the marble.

People are encouraged to visit the Comer Museum to experience the haunted vibes before the upcoming Halloween holiday.

2022 Magic of Marble Festival wraps up after eventful two weeks