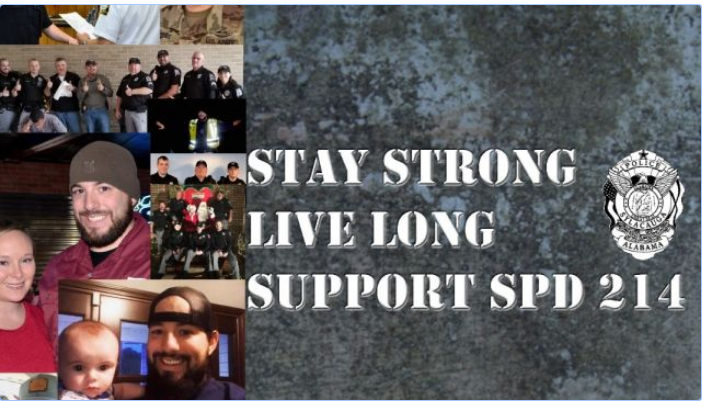 McGhee was involved in a serious vehicle accident on the night of Thursday, Nov. 14, when his vehicle collided with a log truck and caught fire shortly after.

Sylacauga Police Chief Kelley Johnson gave an update on McGhee, “After successful surgeries, he has been moved to rehab, and has been getting better everyday.”

Johnson is also the person who organized the fundraiser, which started yesterday and has already received $975 in donations.

According to Johnson, the donations will help offset the expenses that accompany the long-road recovery McGhee has ahead.

“He is a family member, so it is hard knowing that something has happened to him, but it is nice to see that he is progressing and getting better everyday,” Johnson said about McGhee. “He has got a long road ahead of him, but he is taking it one day at a time and hopefully he will eventually be back at work.”

Johnson has asked that any and all who are willing to please make a donation. All donations will go directly to McGhee and his family.

The online fundraiser is being hosted by gofundme.com. To make a donation, you can click here.