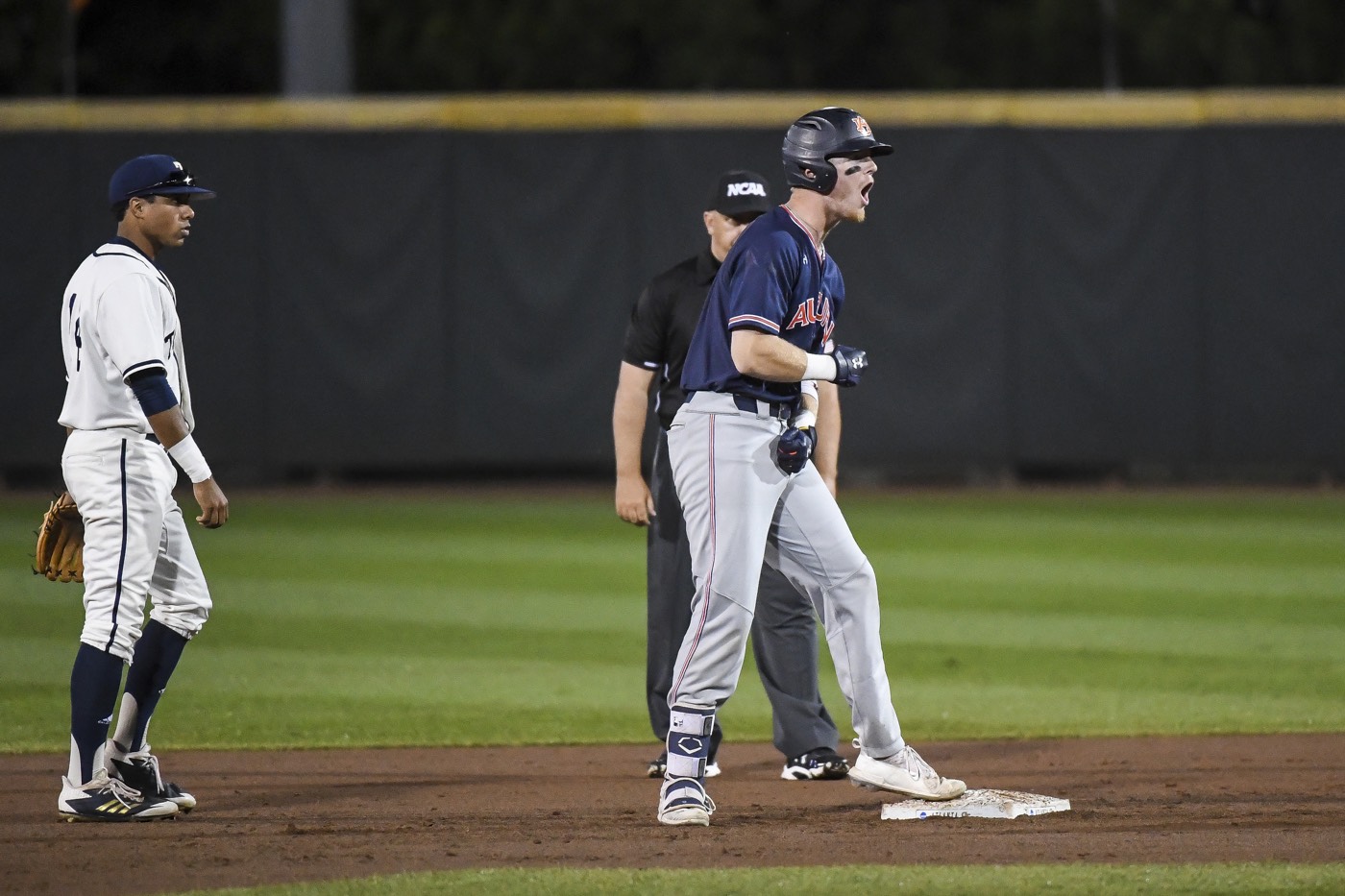 AUBURN, Ala. – Auburn head coach Butch Thompson will admit even he couldn’t see the vision of advancing to a Super Regional at times this season.

Nonetheless, it was Auburn that overcame adversity to win the Atlanta Regional by beating No. 3 national seed Georgia Tech in back-to-back days.

After all the injuries, the setbacks and the tragedies, Auburn (36-25) finds itself heading to Chapel Hill to play the No. 14 national seed North Carolina (45-17), and Thompson said the difficult road has made it sweeter than last year’s appearance in a Super Regional.

“When a vision is when you can’t see it anymore and then it happens, it makes it even more powerful,” Thompson said. “When you can see it and taste it and do all that, it’s so expected. Once we got into the middle of the year, it was harder to see us being able to be standing at the end of a regional competition. This made this one a little bit sweeter.”

The goal of reaching Omaha for the College Baseball World Series is in front of Thompson’s Tigers. A series win this weekend will mean Thompson’s first appearance in Omaha as a head coach and Auburn’s first since 1997.

“We are still kicking,” Thompson said. “We were given an opportunity, and we did make the most of it.”

In order for Auburn to make the most of this weekend, Thompson said consistency will define whether or not they advance to play in the College Baseball World Series. If his team continues to play like they did in the regional, Thompson said he likes their chances this weekend.

Thompson said pitching lost its way in the middle of the SEC schedule, citing command of the strike zone and injuries as the main issues. As for Auburn entering a Super Regional, he said he saw confidence restored in the Atlanta Regional and a return to what they did earlier in the season.

“It’s like an upside-down bell curve,” Thompson said. “For the first 20 ballgames, we had the number one pitching staff in America. I know a lot of that was non-conference. We got into conference, but this team, this exact team, won 15 games in a row, including sweeps starting off in SEC play with Tennessee.”

Thompson announced left-handed pitchers Jack Owen and Bailey Horn to be the starters against North Carolina. He said it will be imperative for Auburn to get a lead against the Tar Heels because of the depth of the North Carolina pitching staff.

“They can get better in the bullpen,” Thompson said. “That is always the mark of a really good ball club. When that happens, you better be interested in getting a lead, so get ahead and try and stay ahead and try to build.”

North Carolina ranks fifth in the ACC in team ERA at 4.20. They allowed nine runs across three games in the Chapel Hill Regional and haven’t lost a game since mid-May en route to winning the ACC Championship versus Georgia Tech.

“They are going to be a lineup that is going to compete,” Owen said. “What we gotta do is make sure we execute our pitches and do everything we can to keep the ball in the yard.”

Owen said he believes Auburn’s schedule has prepared them for this series against the ACC Champions.

The first game of the series is set for Saturday at 11 a.m. on ESPN2.