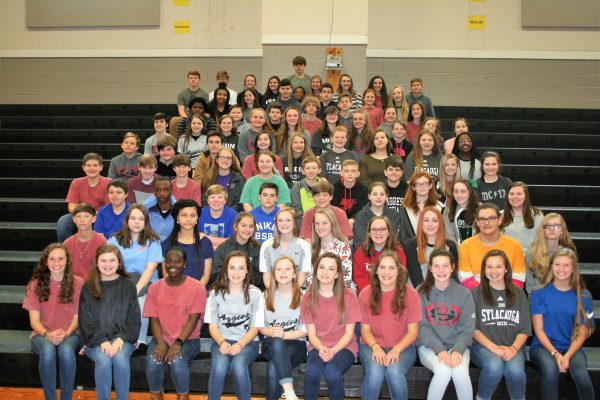 SYLACAUGA, Ala. – In a formal ceremony held at the Nichols-Lawson Middle School gym, 48 new members were inducted in the National Junior Honor Society, joining the members already serving as school leaders.

Congratulations to these students who have demonstrated excellence in scholarship, leadership, service, citizenship, and character at Nichols-Lawson Middle School.