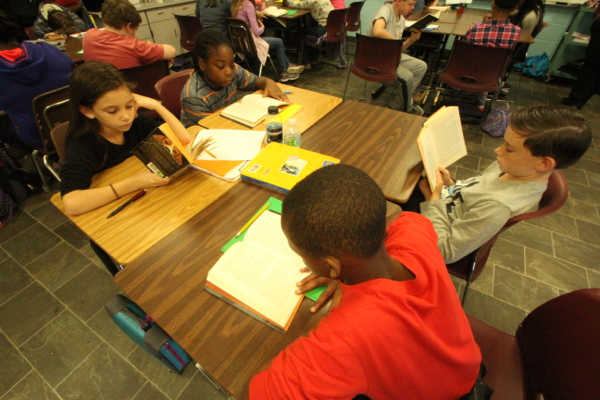 Now, she has a new role.

She’s holding the same title. But this time, it’s at a different school: Pinecrest Elementary.

“It’s been interesting to watch the innocence of these children,” said Barnett. “I’ve enjoyed getting to know the people. Even though we are a small school system, and I’ve known some of these people and known they have been teachers…getting into this building and seeing the work that’s being done here and to watch these teachers perform everyday has been a lot of fun. It’s just been really neat to watch.”

The elementary school, which sits just off U.S. Hwy. 280 has 546 students in grades three through five. Barnett said enrollment is up this year.

“This school is…awesome. I mean, all the teachers make it awesome, and the principals. We have a lot of subjects that are different. It’s just great,” said fifth grader Catherine Abernathy.

Abernathy has been at the school since third grade. As a product of SCS, she said she would not want to be anywhere else developing close friendships with her peers and growing relationships with teachers.

“We are really just a good group of friends,” said Abernathy. She said if she needs help with a subject, her teachers are always willing and ready to help. “Most all the teachers have one-on-ones,” she said.

Abernathy is a member of the Safety Patrol, a group teachers hand-pick based on grades and overall behavior to help enforce rules are being followed and students are staying out of trouble.

“It has really taught me that being a leader is something that is very, very hard to do in some ways,” said Abernathy.

Safety Patrol is just one of the numerous ways students can participate at Pinecrest.

“We have opportunities outside the classroom for every student. There’s something for everybody can do, is invited to do, and encouraged to do,” said fourth grade teacher Jodi Shaw.

Shaw said several programs such as the Ambassador organization, Math Competition Team, and Sylacauga Children’s Choir are popular among students.

As an ambassador, third through fifth grade students serve as the ‘faces of Pinecrest’ and are chosen by members of the Board of Education. Last year, students participating on the Math Competition Team in third grade placed third overall in the state competition. Shaw said this year’s team is being chosen and the students look forward to placing higher next time. More than 130 students are in the Sylacauga Children’s Choir — all from Pinecrest. Students practice for a musical set for springtime.

Barnett and Shaw both agree the Kid Fit program is the most successful organization at Pinecrest. For the last several years, the school has received a grant for its fitness-related, health, nutrition, and wellness initiative. Each semester for one night, the school holds Kid Fit Night where all students can be a part of a healthy activity, eat a healthy snack, and have a nutritional lesson. More than 100 attended the fall session with their parents. Students also have an opportunity three days a week to come to school early for a 15-minute exercise to promote healthy lifestyles. On Wednesdays during the school year, students run one mile after school. It is called the Mercedes Marathon Club. For the first 25 weeks, students run a mile on campus and complete the last mile of the marathon in the Mercedes Marathon itself in Birmingham in February.

This year, Pinecrest Elementary School is part of the Alabama Math Science Technology Initiative, or AMSTI. Over the summer, all math/science teachers attended a rigorous two-week training to re-new science standards. Barnett said this will allow the students to be more college and career ready. Every nine weeks, teachers receive a new kit to supplement what is being taught in the classroom. Part of Pinecrest’s AMSTI this year is breeding crayfish.

Helping students learn is important to Barnett, and to her teachers.

“I think Pinecrest is special because of the relationships,” said Shaw. “A lot of the people who teach here also live in our community and are able to see teaching, not just as working, but as giving back to our community in a place where a lot of us grew up and a place that we care about very deeply.”

“This group of teachers…from day one, has a hard working ethic,” said Barnett. She said the school has five new teachers this year. Veteran teachers have taken them under their wings and answered any question they might have had. That is what she has been most impressed with.

“It’s a great experience to work for a great administration team and we definitely have that here at Pinecrest,” said Shaw. “Mrs. Barnett and Mrs. Green, both, are always willing to listen. I think as teachers, we always know we have their support — whether it’s meeting with a parent or a student or a discipline issue or a question that we have — we always know they have our back first. I think that makes everything easier to do. We know they expect a lot out of us. I think that makes us work even harder because we know that they care about us. So, we don’t want to disappoint them or let them down.” 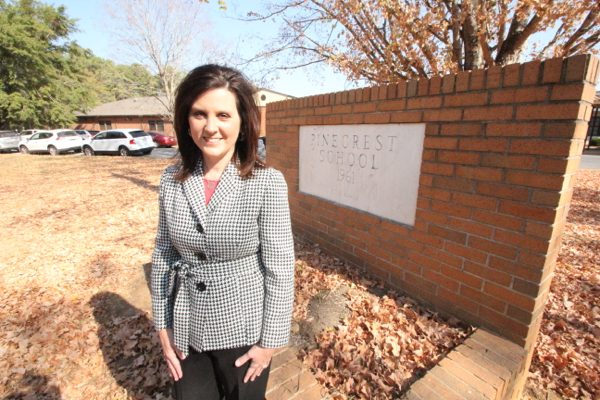 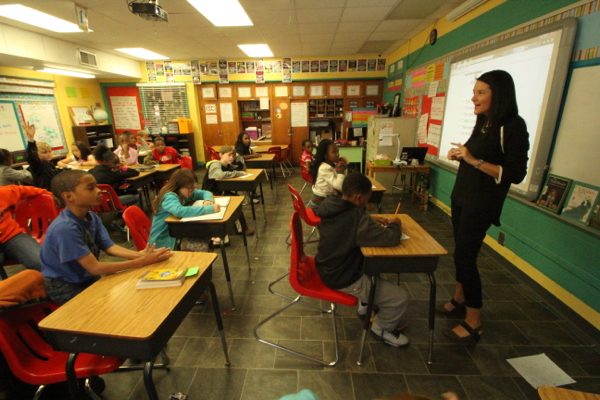 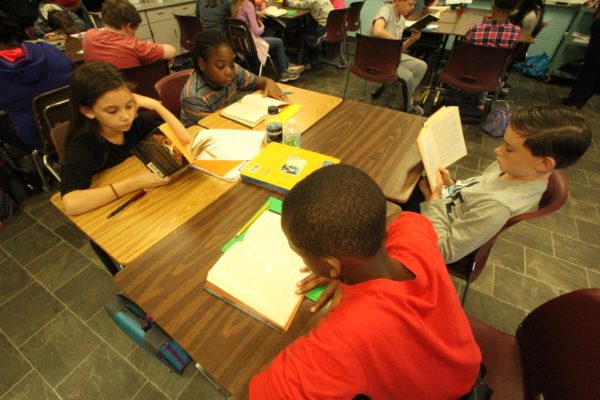 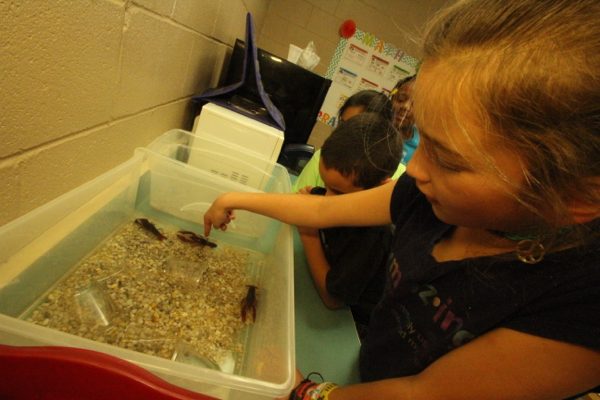 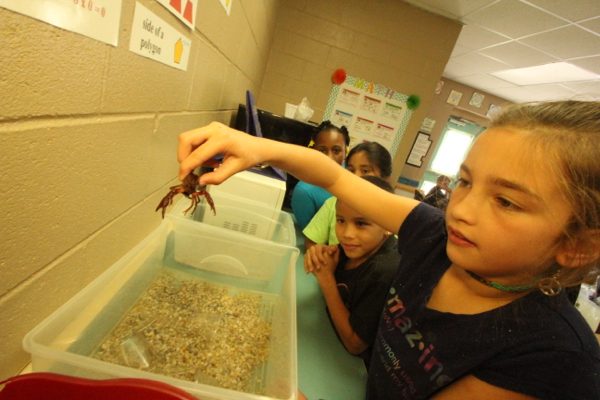 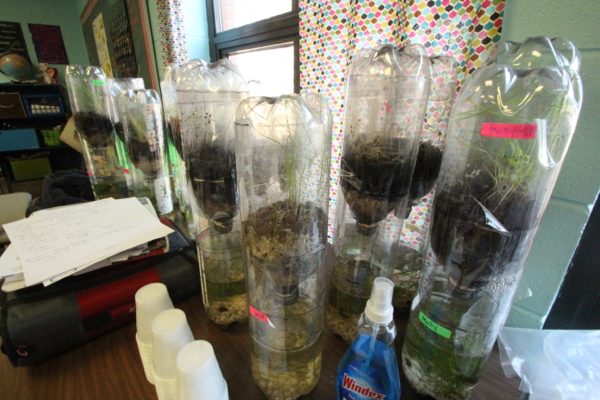 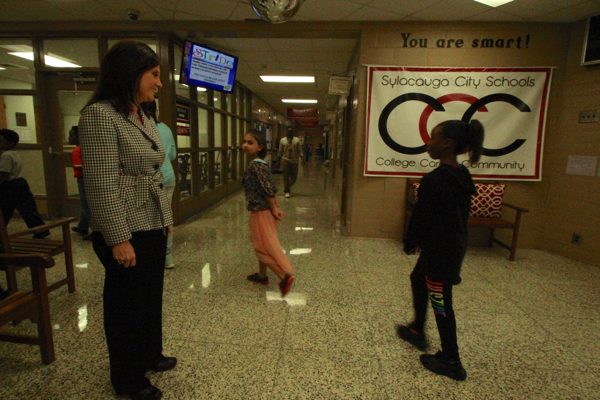 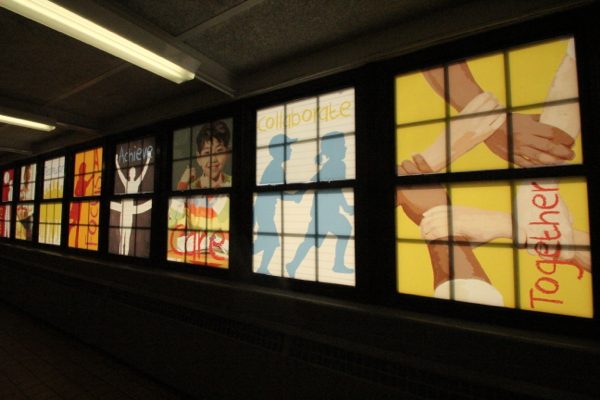 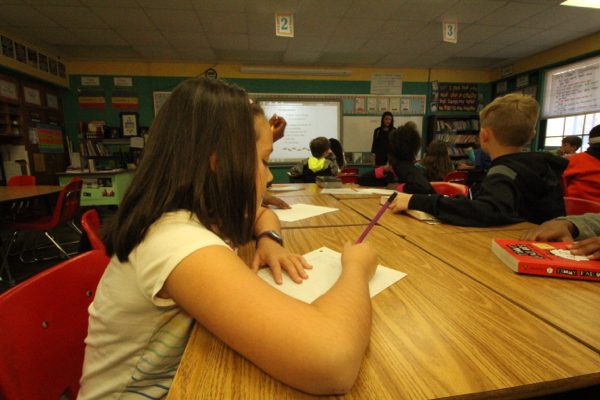 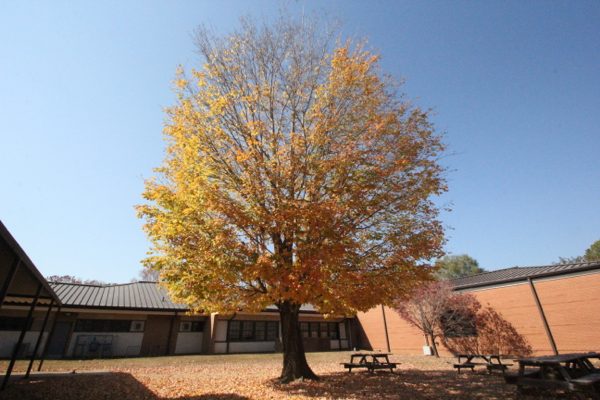