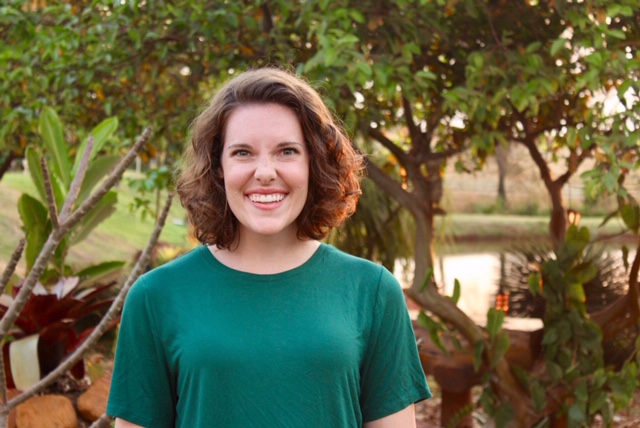 Cantrell is only back in Sylacauga for a couple of months. She will soon return to Brazil for another four years after recommitting with the Campus Outreach program.

“I decided to make that difficult transition from college to the real world, but in another country,” said Cantrell. “I seriously went from a city of 12,000 people to four million, and I always kind of describe it as the Atlanta of Brazil.”

Cantrell graduated from Troy University in May 2017 with a degree in Human Services. It was during her tenure at Troy that she connected with friends in the Campus Outreach (CO) program.

“I work in the college ministry, CO, and I try to build relationships and friendships with these students, and overall help them investigate Jesus,” said Cantrell.

Cantrell says that she works on a college campus daily, and has really learned to settle in and love her routine while meeting and helping new people.

“One of the biggest challenges for me initially was learning an entirely new language,” said Cantrell. “After about a year I managed to become fluent and it has made things so much easier.”

“This job has been very rewarding and exciting, and I cannot wait to see what the Lord continues to do,” said Cantrell.

What is Campus Outreach?

The vision of Campus Outreach is “Glorifying God by Building Laborers on the Campus of the Lost World.”  CO seeks to build laborers with a Christ-centered commitment to the Great Commission through evangelism and discipleship.  Their mission is to reach college students with the gospel and then train the students to become mature Christians.  Their primary goal is to reach others for God’s glory.

Campus Outreach in Belo Horizonte, Brazil was launched in 1997 with the mission of Glorifying God by building laborers through the campus for the the lost world.  Currently, CO has a staff team at the Federal University of Minas Gerais (UFMG) with the mission of taking the message of Jesus Christ to this generation of Brazilian college students, their families, coworkers, and throughout the Brazilian community.  Briarwood Presbyterian in Birmingham, Alabama, is the sending church and the church authority in Belo Horizonte is Comunidade Horizonte.