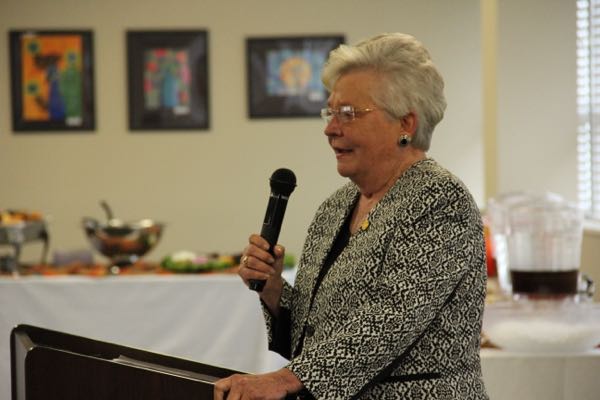 SYLACAUGA, Ala. – Lt. Gov. Kay Ivey made a special visit to Sylacauga on Election Day. Not so much to talk about the election itself, but rather about the state of government in Alabama.

Ivey spoke to several civic groups including the Kiwanis Club, Rotary Club, Chamber of Commerce, and members of the City Council at the Sylacauga City Schools Board of Education building.

“We are facing budget challenges,” said Ivey citing an ongoing process to receive BP settlement funds. She said BP owed Alabama $1 billion and has already sent a check for $150 million.

Ivey did touch on Tuesday’s election stating she witnessed good turnouts across the state. “That’s important,” she said. “We need everybody to go vote. It’s a freedom. It’s a right. We all need to exercise that privilege.”

She said she supported Secretary of State John Merrill’s effort to educate Alabamians when it comes to voter registration.

“We want all eligible voters to be able to vote..vote with ease. Photo IDs are important as well. John has worked real hard to increase the number of voters that are eligible to vote,” she said.

When asked about a potential run for governor, Ivey commented her “hands were full” at the current time.