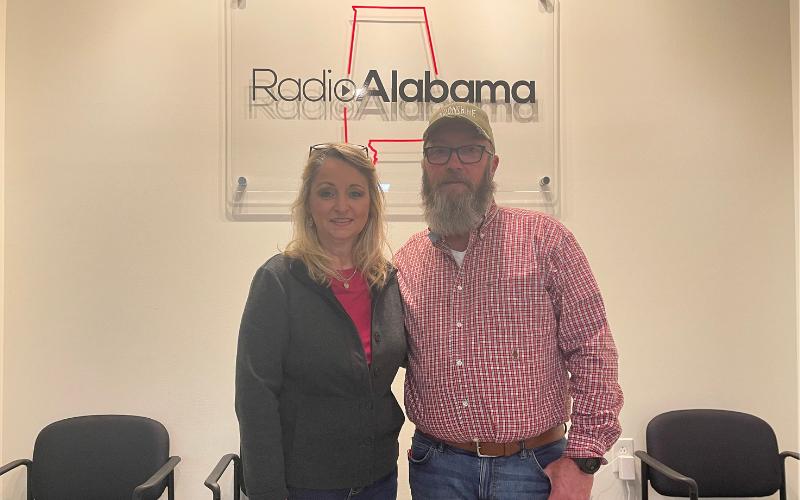 SYLACAUGA, Ala. – Bill and Rachel Embry have found themselves doing something that they enjoy, and it could land them with a lot of publicity and possibly a financial boost in the near future.

Bill, a former Kimberly Clark employee as well as a Coosa County Sheriff’s Office deputy, is now retired and focused on specializing in his craft of distilling.

His wife of 21 years, Rachel, is a Sylacauga native and is his partner when it comes to their new hobby.

Bill had always been a fan of the show Moonshiners and decided that he would give the competitive show Master Distillers a try. Low and behold, last year he got the long-awaited call.

“It is really a blessing and quite an accomplishment just to be selected to appear on the show,” said Bill “I definitely want to show my talents and would love to win.”

The winner of Master Distillers will have their creative drink with their own label made, and the concoction will be placed on the shelves at the famous Sugarlands in Gatlinburg, Tennessee at a later date. It could also gain enough popularity to attract other distilleries even if it does not win.

Rachel added, “It is truly an honor to be on the show, win or lose. We competed against two other teams and we will find out the winners on Wednesday, Dec. 28 when the show airs.”

The show Moonshiners will start at 7:00 p.m. followed by Master Distiller on the Discovery channel Wednesday night, Dec. 28. The couple will be at Bandits Bar & Grill for a huge watch party to see if they manage to take the top spot.

Everyone is invited to watch with them and meet the two who could possibly become the next stars to emerge from the Coosa Valley.

The next night on Thursday, Dec. 29, Bill and Rachel will be at Bourbon on Broadway for a second meet and greet and to watch the show again for anyone who can’t make it the night before.