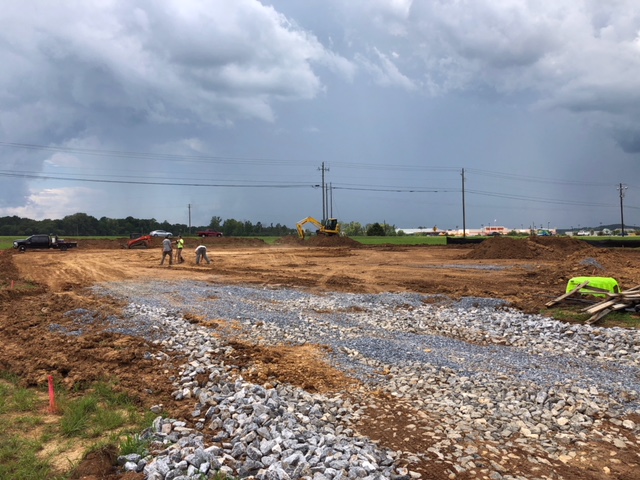 SYLACAUGA, Ala. – Progress has begun on the plot of land for the that will host the Marble City’s newest coffee house and Verizon Wireless.

Sylacauga Mayor Jim Heigl announced last month Starbucks submitted its building plans to the City of Sylacauga and would begin building in Sylacauga’s newest shopping center, however he did not know when progress would begin.

Today SylacaugaNews.com learned the plot of land directly beside Chick-fil-A will also play host to Verizon Wireless. According to blueprint plans, the building’s will be connected and with Starbucks having a drive-thru lane that begins at the entrance.

Verizon wireless will make the move from the Walmart shopping center.

The progress began last week and continues today. So far the ground has been cleared and dirt has been moved in preparation of building. 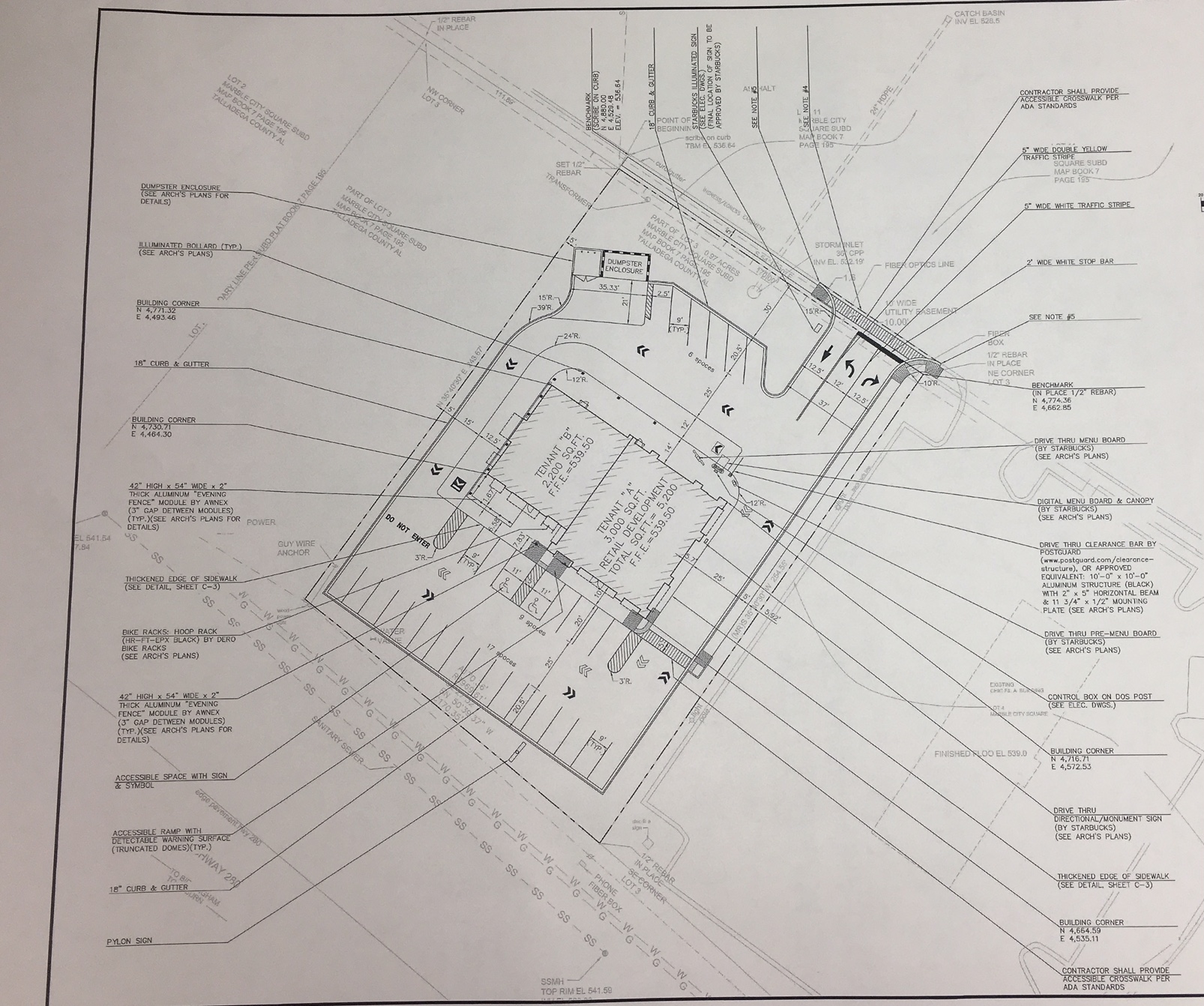 Heigl said he is impressed with the quality of merchants that will call Marble City Square home.

Heigl does not know a projected opening date for either store.