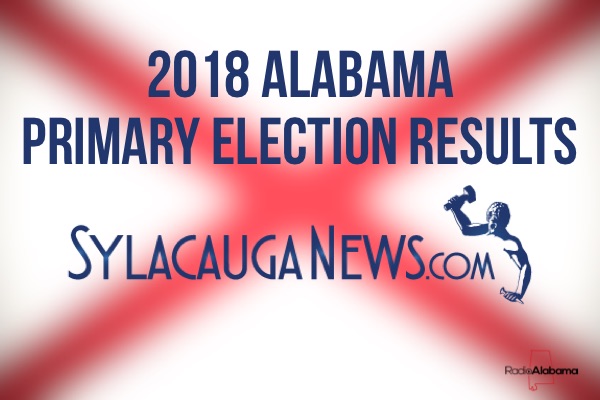 SYLACAUGA, Ala. – In Talladega Co., and statewide, only 23% of registered voters visited the polls on Tuesday. Some 66% voted Republican, while 34% voted Democrat.

Receiving just over 51% of votes cast, incumbent Ron Johnson of Sylacauga narrowly defeated newcomer Ben Robbins of Childersburg in the race to represent District 33 in the Alabama House of Representatives. The district encompasses parts of Talladega, Clay, and Coosa Counties. Johnson, a Republican first elected in 1978, faces no Democrat challenger and will begin his 11th term in the position later this year.

In the race to replace retiring Talladega Co. Probate Judge Billy Atkinson, Randy Jinks, with 33% of votes, will face Talladega County Commissioner Jackie Swinford, who received just under 30%, in a runoff election on July 17.  Mark Nelson was a close third, trailed by Chuck Roberts whose share did not exceed single digits.

Democrat candidate Mallory Hagan defeated Adia McClellan Winfrey with more than 65% of the vote and will face incumbent Republican Mike Rogers in the General Election on Nov. 8. Rogers has represented Alabama’s Third Congressional District in the U.S. House of Representatives since 2003.

All county and statewide election results are available on the Alabama Secretary of State’s website.