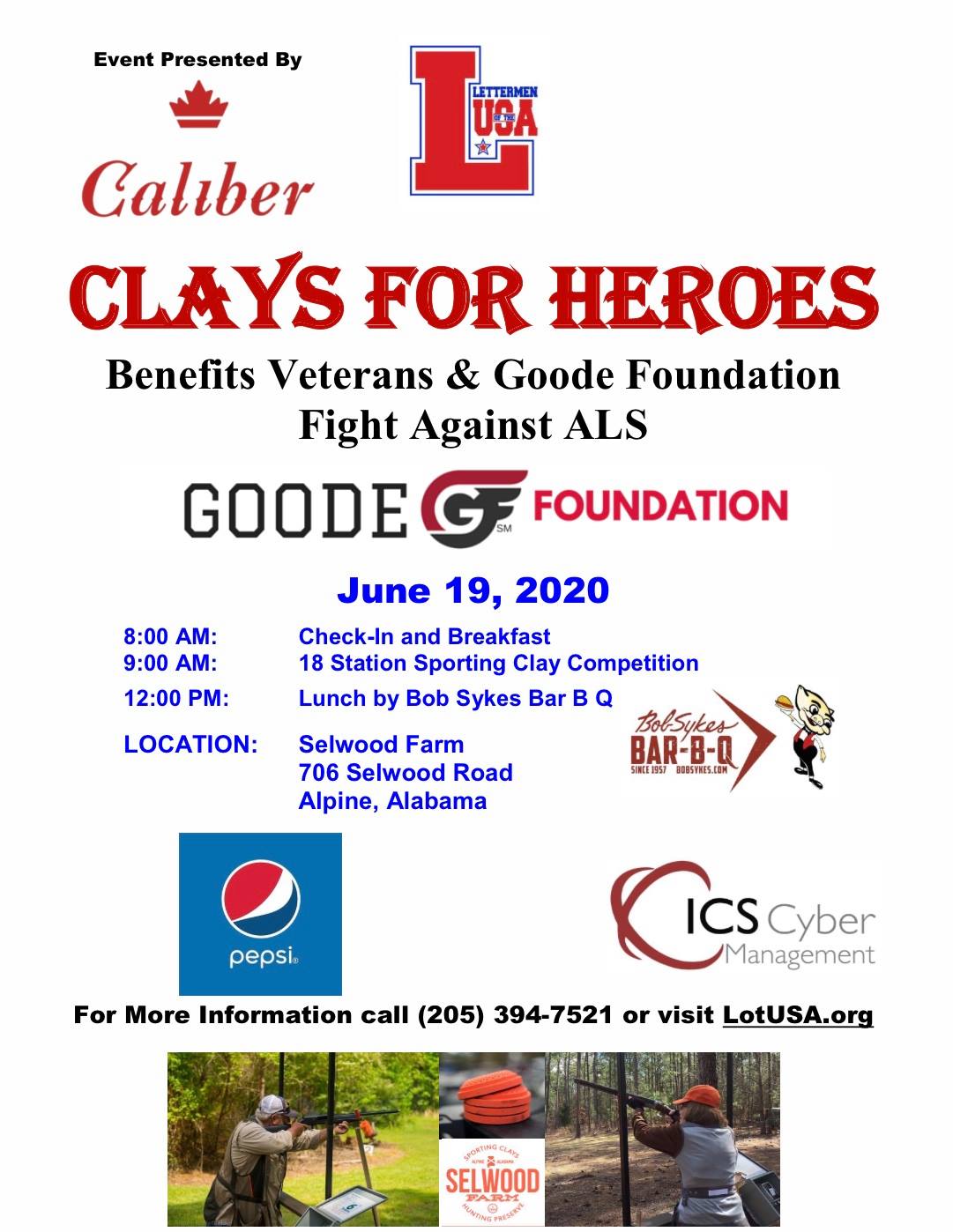 SYLACAUGA, Ala. – The inaugural “Clays for Heroes” clay target shoot is slated for Friday, June 19 at Selwood Farm.

The event is being sponsored by a variety of organizations such as Lettermen of the U.S.A, The Goode Foundation, ICS Cyber Management and Caliber.

The price of admission is $150 per person, and all proceeds will be donated to honorably discharged veterans and the Goode Foundation’s fight against ALS.

“We lost every event we had scheduled for April and May because of the virus, and this is really the first big fundraising event we have had since early March,” said Owner of Selwood Farm Dale Hill. “We are just very flattered that they chose Selwood.”

Clay shooting is one of the fastest growing outdoor sports in the world, according to Hill.

“It has almost become an alternative to golf tournaments, because it has a very similar format with 18 stations,” said Hill.

The day will begin with check in and breakfast at 8:00 a.m., followed by the clay shooting event at 9:00 a.m. all the way until lunch at noon. Lunch will be catered by Bob Syke’s BBQ.

Prizes will be given out to the best shooters from the event.

“Most of these events show significant growth from year one to year two, and we expect the same with this one,” said Hill.