Forever And Ever, Amen
Randy Travis 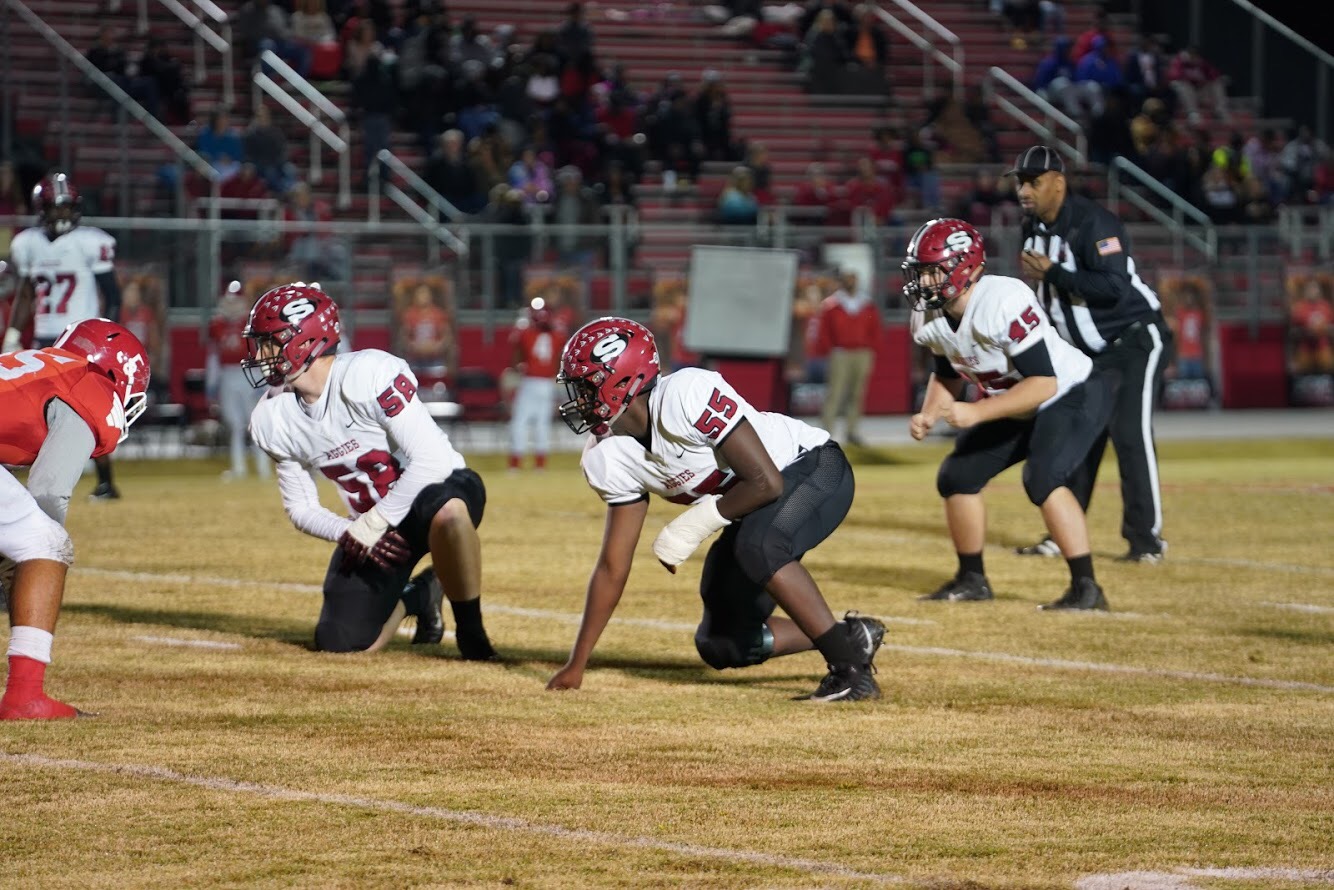 Sylacauga defensive lend Zan Smith lines up for a snap in the second half vs. Munford

SYLACAUGA, Ala. – Sylacauga’s Zan Smith says he will most likely be ready to go in the Aggies’ playoff bout with Jasper High School Friday night.

The star defensive end that wears number 55 for the Aggies said he broke his hand against Clay Central in the Aggies’ last home game. Smith was seen wearing a club-like cast on his left hand as the Aggies knocked off Munford on the road in the final regular season game to clinch a spot in the playoffs for the eighth consecutive season.

Following that win on Oct. 27, Smith had surgery on Tuesday, Oct. 30 which caused him to be sidelined in practice during the bye-week.

If Smith cannot be in on every down as usual for the Aggies, look for a heavy dose of senior defensive end Kam Cook and even sophomore Jordan Ridgeway who has seen time at defensive end throughout the year.