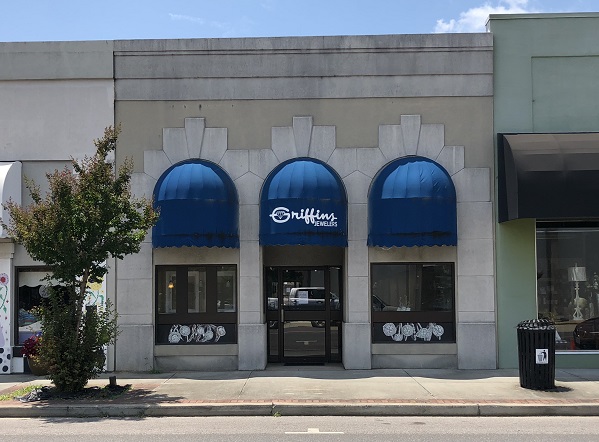 SYLACAUGA, Ala. – The Sylacauga location of Griffin’s Jewelers will permanently discontinue its operations in the Marble City at the close of business today.

Griffin’s Jewelers is the last standing traditional jewelry store in the Sylacauga area, where there were once three.

Travis Griffin, the owner of Griffin’s Jewelers is looking to retire soon, and decided to consolidate the Sylacauga and Talladega locations. The employees and inventory at the Sylacauga location will be transferred to Talladega. At its peak, Griffin’s had eight stores overall. After close of business on Friday, there will only be two.

“Talladega is pretty close to Sylacauga, so we’re just consolidating it,” said Griffin. “I’m coming up on 71-years-old, and this will make it possible for me to retire more easily. We hope our customers from Sylacauga will come here to Talladega so we can continue to take care of them.”

The Talladega and Pell City stores will remain open. Leah Hutton, Griffin’s niece, will take over the operations at the Talladega location, and Michael Abernathy will operate the store in Pell City.

Sylacauga Mayor Jim Heigl is concerned about a cornerstone business, like Griffin’s Jewelers, closing its doors.  “We need to work a little harder on the downtown area,” said Mayor Heigl. “The 280 area is growing, and it will continue to grow, but we need to continue to work on our downtown.”

Although Griffin’s is leaving the Marble City, Sylacaua’s downtown is seeing new business. Heigl listed Trailwares, Heavenly Grounds, Southern Plate and a business set to open in November,McClendon’s Bridals as examples. Although he believes downtown is growing, Heigl said it is not growing fast enough as there are so many empty buildings.

The Griffin family still owns the building where Griffin’s Jewelers has been for almost 40 years on Broadway Ave., and Heigl hopes the family rent it out to a new business.