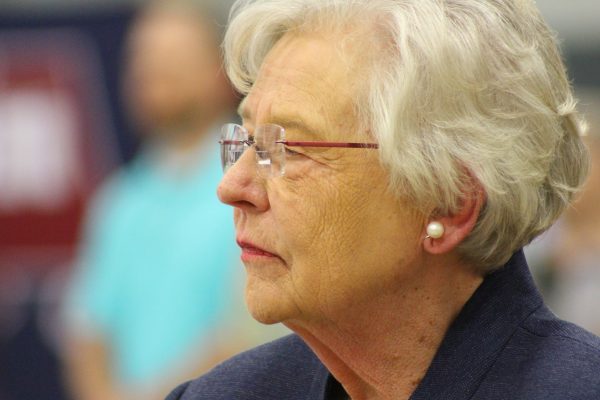 MONTGOMERY, Ala. – Governor Kay Ivey on Wednesday announced that the Secretary of the Air Force officially selected the 187th Fighter Wing at Dannely Field in Montgomery as the Air National Guard’s 6th operational location for the F-35s.

“After significant work, Montgomery, Alabama is officially going to be home to the F-35s. Our state not only has a rich history in flight, but we have longstanding support of our nation’s military and defense,” Governor Ivey said. “I am grateful to the secretary of the Air Force for recognizing what Alabama will continue to offer our military efforts. Most importantly, I am appreciative of the hard work our congressional delegation and the many people who have helped make this possible.”

In addition to the Alabama site, the Secretary of the Air Force announced the selection of the 115th Fighter Wing at Traux Field, Wisconsin. In 2018, the two sites in Alabama and Wisconsin were identified as Preferred Alternatives for the Ops 5 and 6 Basing Action. The secretary’s decision and signing of the Record of Decision (ROD) completes this basing process, making Alabama the official home to the F-35s.

The Air Force Strategic Basing Process selected both installations based on existing F-16 fleet dynamics, the presence of active associations and infrastructure MILCON and requirements, which focus on minimizing operational transition costs and enhancing combat capability and capacity. Endorsement of the ROD is a significant milestone, which allows the Alabama Air National Guard to move forward with training personnel and to move on critical infrastructure projects, both crucial to successful mission beddown.

“We are thrilled that the waiting is over and we have received the final word that we will be the home of the F35, this decision continues the tradition of the Red Tails and Tuskegee Airman. I want to thank the Chamber of Commerce and County Commissioners for all their efforts and support. It is a great honor to be selected as the home of the most technologically advanced fighter in the Air Force inventory. We look forward to working with the Montgomery Airport Authority, the city of Montgomery and our State officials as we move ahead to prepare our facilities to accommodate the F35,” said Maj. Gen. Gordon.

As construction begins, concurrent delivery of the F-35A aircraft will likely begin in April 2023 for Ops 5 and December 2023 for Ops 6.