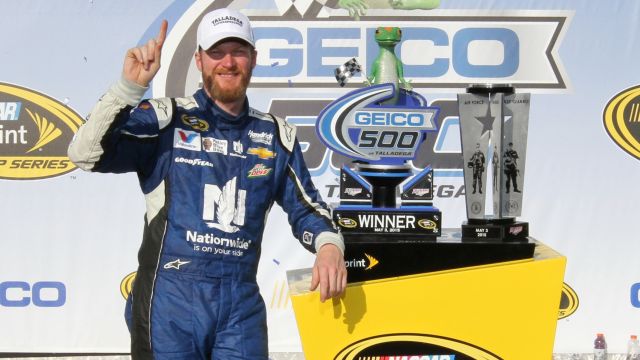 Ivey, who will serve as grand marshal for the Alabama 500, made the announcement in celebration of six-time Talladega winner Earnhardt and his legacy at the Superspeedway. Sunday will be an emotional day for Earnhardt, who will make his final start at the track he calls a “second home.” The race will start at 1 p.m.

“Nowhere else in the world are there more Dale Earnhardt Jr. fans than in the state of Alabama,” said Ivey, who will give the command “Drivers, start your engines” to get the Alabama 500 underway. “He has always made it clear of his love for Talladega Superspeedway and the millions of fans that lay claim to him as their favorite NASCAR driver. He has been an impressive, positive role model for so many and we are proud to honor him this weekend at Talladega Superspeedway, but also across the entire state.”

Earnhardt scored his first Talladega Superspeedway MENCS win in October 2001, igniting a seven-race stretch that is unprecedented in the history of the 2.66-mile venue. Between fall 2001 and fall 2004, Earnhardt won five out of seven races, including a record four straight. The other two races ended in runner-up finishes. His most recent triumph came in the 2015 GEICO 500.

A victory in the Alabama 500 would move Earnhardt into sole place on the all-time Talladega MENCS wins list, trailing only his father – Dale Earnhardt Sr. – who had 10 TSS MENCS triumphs.