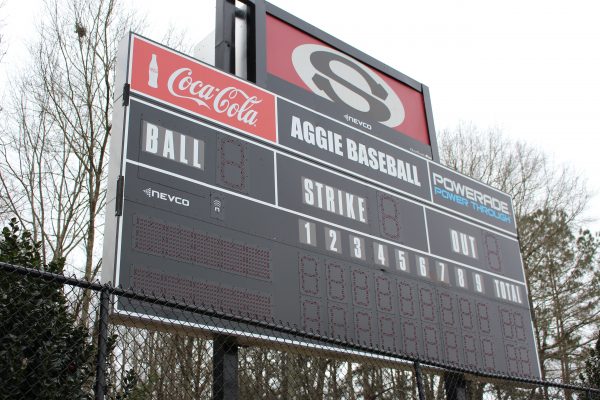 Varnadore took over the Sylacauga High School baseball program in 1992 and had tremendous success. During his seven years at the helm of the program, he amassed a record of 180-70 (62%), was named Talladega County Coach of the Year five times, and had several “firsts” both personally and professionally. In the 1997 baseball season, he was able to get his (and the school’s) first state championship in baseball. That ’97 baseball team would help lead the way for the 1998 squad to win back-to-back state championships.

Michael Adair was a senior on the 1997 state championship team and played his entire Sylacauga High School career under Varnadore, but also had a great off-field relationship with his head coach. Adair explained he was best friends with “Coach V’s” son from fourth grade throughout high school, which allowed him to see his coach take over the program and take it to places it had never been.

“Sylacauga always had talent in baseball, but we never really did anything,” Adair reminisced. “Coach V brought the consistency to the program where, year-in and year-out, Sylacauga was a team to be reckoned with. That’s when you know you have a good coach – when you see that consistency he brought.”

Adair also spoke on his Varnadore’s character. “He had a personality that made you want to play for him,” he said. “He had a good sense of direction and brought out the best in you. He knew when he needed to get on your tail, and when he needed to pat you on the back.”

In addition to his teams winning the state championships, he himself was honored to receive several awards. He was the 1997 Birmingham News Coach of the Year, the AlaBCA 5A Coach of the Year in ’97 and ’98, and led the AHSAA All-Star Team in the inaugural year of ’97. He stepped aside as the head baseball coach of the Aggie program after the ’98 season and spent the next 13 years as the Athletic Director at Sylacauga High.

Eddie Varnadore began his baseball coaching career in 1978 at Dora High School. He spent three years as an assistant for Don Flippo before taking over the program in 1981. While leading the Bulldog Baseball Program for eight years, he amassed a record of 149-42 (72%). He led the program to numerous playoff appearances, including an appearance in the 1984 State Championship game. He was named the Daily Mountain Eagle Coach of the Year several times during that eight-year run, as well as being named Walker County Coach of the Year four times.

During just 15 years as a head baseball coach, in addition to winning two state championships, he was a nine-time area champion, seven-time state quarter-finalist, five-time state semifinalist, and state runner-up. He accumulated an overall record of 329-112 (66%), averaged over 21 wins a year, and saw many of his former players go on to further their careers both collegiately and professionally. Seventeen of his players received college scholarships, while
three of his former players, Robert Averette, Kennon McArthur, and Ehren Wasserman, would go on to play professionally.

The Prattville native graduated from Stanhope Elmore High School in 1973 and went to the University of Montevallo, where he received both his Bachelor’s of Science in Education and Master’s of Education degrees.