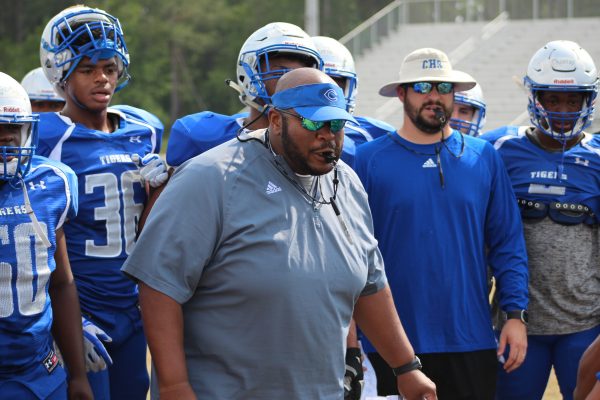 CHILDERSBURG, Ala. – Former Childersburg head football coach Jonathan Beverly has accepted the same position in the state of Georgia.

Beverly resigned in December after four seasons as the Tigers’ head coach. Two months later, Beverly is back on the coaching scene, this time as the head man of Providence Christian Academy in Lilburn, Ga.

God is so GOOD! My family and I are excited and honored to begin this journey with @ProvidenceAcdmy . The Providence family and community has been so gracious and welcoming. Let’s Go! #OneBeat #DrivenByMission #EquipToThrive @PCStormFootball @ProvidenceStorm @GDPsports pic.twitter.com/w1067WHnRg

“We are beyond thrilled to begin his journey with Providence Christian Academy,” said Beverly. “Being able to coach in the Atlanta and Gwinnett area at a first class institution that is mission driver is a dream come true. I’m humbled and honored that the Providence leadership team, and Providence family as a whole would entrust me to lead this program.”

Beverly’s overall record at CHS was 14-27 after taking over a 2-8 program in 2016. Beverly is one of the few coaches to take the Tigers to the playoffs in recent history. In the last 23 years Childersburg has only made the postseason five times. One of those was in 2017 under Beverly’s watch.