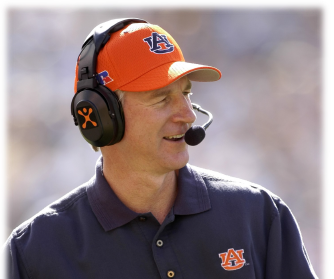 SYLACAUGA, Ala. – Tommy Tuberville will be the keynote speaker during next week’s American Values Breakfast hosted by Sylacauga’s First United Methodist Church.

Tuberville was the head football coach at Auburn from 1999-2008 where he posted an 85-40 record and finished the 2004 season undefeated.

Most recently, Tuberville announced he will run for senate in 2020 as a republican and compete for Doug Jones’ senate seat.

The American Values Breakfast, put on by the Cheaha District of the Greater Alabama Council of the Boy Scouts of America, will honor Colonel Henry L. “Charlie” Sanders Jr. USAR/Retired, and Dr. F. Jane Cobia with the Heart of an Eagle Award.

The Heart of an Eagle Award is given to deserving individuals who have demonstrated leadership, character, and integrity in their service to the community, their profession, and their country.  It symbolizes strength and compassion and demonstrates that leadership and philanthropy go hand-in-hand in serving your fellow man.  The award is unique to the Greater Alabama Council, Boy Scouts of America. The Cheaha District is composed of Clay, Randolph, and Talladega Counties.  The Greater Alabama Council encompasses the twenty-two northern counties of Alabama.

Colonel Henry L. “Charlie” Sanders Jr., a Sylacauga resident, was born in Fort Smith, Arkansas. He entered on active duty in the U.S. Army as a Second Lieutenant in 1990. Sanders served on active duty for approximately six years. He has a total of 30 years of military service. Sanders holds a Bachelor of Science Degree in Occupational Safety and Health from Murray State University, Murray, Kentucky and a Master’s Degree in Strategic Studies from the United States Army War College, Carlisle Barracks, Pennsylvania. He has completed hours toward acquiring a Master of Divinity Degree at Beeson Divinity School, Samford University, Birmingham.  Currently, Sanders serves as the Chief, Global Health Branch, Office of the Surgeon General, Falls Church, VA. 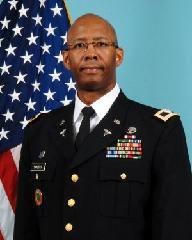 Sanders is married to his wife, Carolyn, for 24 years.  They have three children and a nephew: Elijah Todd, Caleb Andrew, Keziah Joy, and Joshua Xavier Moore. The family are members of First Baptist Church.

Dr. F. Jane Cobia, served as superintendent of Sylacauga City Schools from 2004-2009. During that time period, established the first pre-K classes, expanded  Career Technical opportunities by adding Machining, Welding, and Certified Nurse Assistant programs, added both dual enrollment and Advanced Placement classes for students, and in conjunction with the board of education developed a 10 year building plan that is now completed.  These extensions, opportunities and learning experiences were the result of partnerships with various community and state organizations which include SAFE, Central Alabama Community College, and AIDT.  Sylacauga City Schools was the first system in Alabama to have district-wide accreditation from AdvancEd and has continued that process to this day.

She is currently a full Professor and Director of the EdS, Doctoral Programs, and External Partnerships for the School of Education, Samford University.  Cobia has spent 25 years in the public education arena and was a teacher, principal, assistant superintendent, education specialist for the Alabama State Department of Education, and superintendent.  She has served as an education consultant for school improvement, on ASCD Board of Directors, and is certified as a superintendent mentor trainer.  She has taught as an adjunct of graduate level courses since 2001 for Jacksonville State University, University of Montevallo, and Auburn University at Montgomery.  She is the Executive Director for Alabama ASCD, the treasurer for Sylacauga Rotary Club, and a founding member of the Marble Valley DAR.  She serves on numerous boards and is active in professional and civic organizations Sylacauga Alliance for Family Enhancement, CLAS, ASCD, Cheaha District Boy Scouts of America, Omicron Delta Kappa, and Kappa Delta Pi.  Dr. Cobia was a brownie, girl scout and cadet scout as a youngster and has been actively involved with the Cheaha District, Greater Alabama Council, Boy Scouts of America since 2005. 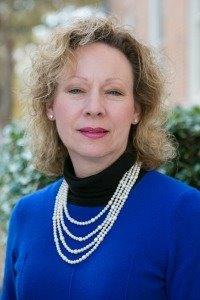 In her 8 years at Samford, Cobia has had 14 peer reviewed articles published; 23 non-peer reviewed publications; 1 book published September 2015 and one  published August 2018; 31 international/national/district professional presentations; 15 state presentations; and as team member with Auburn University, the University of Alabama and the Alabama State Department of Education secured a $1.9 million grant from the United States Department of Education for training administrators to lead Turnaround Schools in Rural Alabama.

She and her husband, Calvin Miller, reside in Sylacauga and are active members in many community events.

Michael Brannon, vice-president of RadioAlabama, will be the EMCEE.