Cold as You
Luke Combs 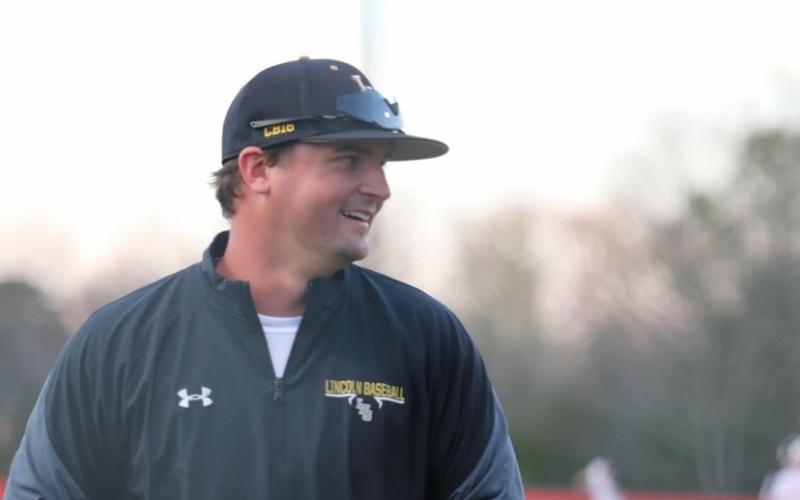 FAYETTEVILLE, Ala. – Matt Collier has been named as the new head coach for the varsity baseball program at Fayetteville High School (FHS).

Collier comes to Fayetteville after having spent the past three years as the head baseball coach at Lincoln High School.

“This is a great opportunity for me,” said Collier. “I’m excited for the change. I’m excited about the challenge of [leading] a new program and seeing how successful we can be.”

Before going to Lincoln, Collier worked as an assistant for both the baseball and football programs at Sylacauga High School as a pitching coach for varsity baseball and the quarterbacks coach for football.

The decision to take the Fayetteville job largely hinged on the close proximity to his home compared to Lincoln.

“I have a son now — he’s about to turn two — and I want him to be able to come to practices and maybe one day be a bat boy,” Collier explained. “Lincoln is 50 minutes away so that wasn’t really possible. Not many times in your career do you get an opportunity to go to a great baseball school and a great community and it’s only ten minutes away from your house. I felt like I had to jump on it.”

Collier takes over a Fayetteville team that just made it to the quarterfinals of the Class 2A playoffs last month. In the previous 14 years under former head coach Morris Phillips, the Wolves celebrated four trips to the semifinals with two finishes as the 2A state runner-up as well as won their area five times.

“Coach Phillips did a great job there,” noted Collier. “He’s built a great culture and a great baseball tradition there. I’m going to try and keep that going and take them to the next level. Fayetteville has the talent to be one of those state contenders year in and year out.”

Collier pointed out that the first tryouts under his tenure are scheduled for Thursday, June 9, and he hopes to instill his methods and baseball philosophy into his young players very quickly.

After tryouts are held and the results are announced, Collier’s players will go through a regimented offseason that will include throwing and lift programs plus midsummer workouts through July.

“I just want to teach them how to play the game the right way,” Collier expressed. “I want to develop their arms and improve their approaches at the plate. I want to improve their fundamentals. The list goes on and on. If you develop the right culture, it’s a family environment, and you instill hard work ethic, the sky’s the limit, honestly.”

Joining Collier on his staff is former Childersburg head coach Josh Podoris who Collier has a high level of respect for.

“Josh is one of my great friends,” Collier pointed out. “We’ve coached against each other and we’ve coached together before. We believe in the same style of baseball and agree on how to teach certain things. He’s one of the best [coaches] around here.”

Podoris will serve as the infield and hitting coach while Collier oversees the pitching and catching duties.

A specific change that Collier and other local coaches are pushing for is one county tournament that includes all schools instead of splitting it into one small school and one big school tournament.

“I think that’ll make [us] better,” said Collier. “To be the best, you’ve got to play with the best.”

Fayetteville at Randolph County to air on KiX 100.3 tonight