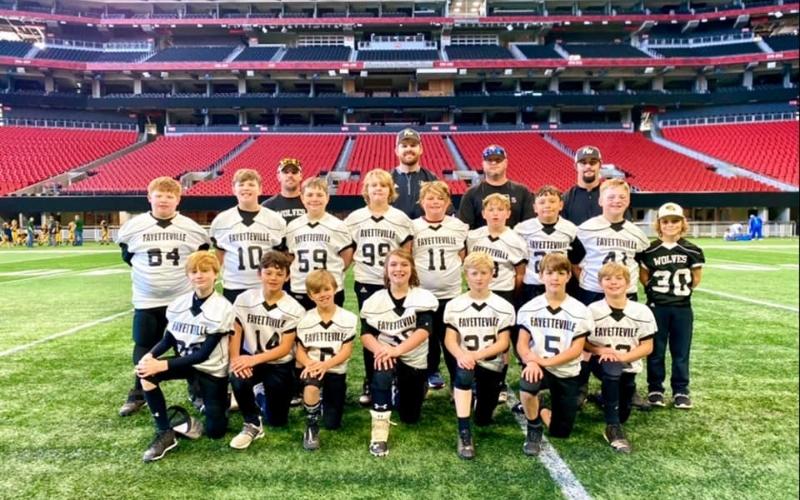 ATLANTA, Ga. – Peewee football teams from Fayetteville and Winterboro took their talents to an NFL field on Sunday, Dec. 12.

The Red Zone Games is an event hosted throughout multiple cities in the U.S. that gives youth teams an opportunity to compete against one another at the most premiere locations the country has to offer.

Fayetteville and Winterboro sent two units each to the Atlanta edition held this Sunday to face off with other representatives throughout the Southeast.

The day was full of action for the under-10 and under-12 groups that represented Winterboro and Fayetteville, and now these kids can say they’ve played on the same field that NFL icons such as Julio Jones and Matt Ryan have called home.