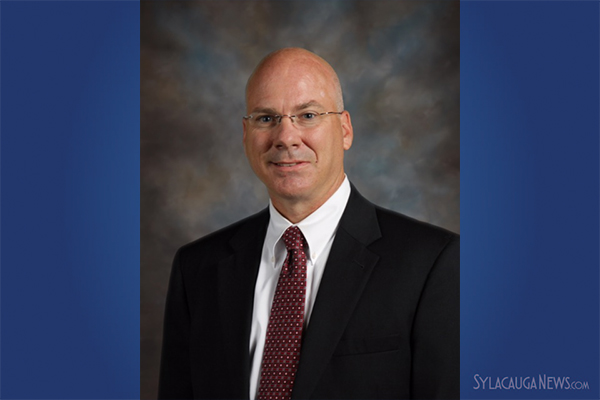 SYLACAUGA, Ala. – After tensions related to an off-site incident involving a high school student and then a scuffle days later, Sylacauga City Schools superintendent Dr. Todd Freeman sat down with SyalcaugaNews.com Friday for an exclusive interview about the past week, how the school was reacting, what procedures are in place, and what the school family has done to move forward.

“We’ve had a really good week at school,” said Freeman. “We had an incident I referred to earlier in the week that we investigated that occurred on Monday. But it is been a very calm week. There have been a lot of positive things at the school.”

Freeman said he noticed daily operations on campus were normal with some encouraging flare including a locked-arm student-initiated walk from the field house across the street to the high school building while news cameras rolled.

“I thought that was a pretty significant statement that they made to the media and to everyone else about how they feel about each other,” said Freeman. “We’ve had several prayer vigils that involved parents and students that have occurred in different points during the week. Just some beautiful scenes of the community and family concept in Sylacauga. That really exemplifies what I say has been a great week.”

The superintendent said there is always room to improve in society, in the community, and in the world.

“I feel like the Golden Rule is always a rule that if we live by it, and everybody lived that way, and felt the same way about it, then we could do a lot of good things,” said Freeman.

While race relations across the nation have been in the spotlight, Freeman believes portions of the week’s events have been exaggerated by out-of-town media.

“The large majority of people in the community really know things for what they are,” said Freeman. “National media, and even regional media, work on news cycles. That’s fine. They work on with what the next order of business is and what the next priorities are. Local media always has a long-term interest so you often find the stories of healing, redemption, and communities working together. You’ll see that in local outlets because they’re here invested in the community. But the larger media branches and moves to the next stories. Unfortunately, they won’t get to see a lot of the things that have occurred since the days they were here when there were rumors that we had problems.”

Since Monday, new safety precautions have been implemented at the high school. “Certainly a stronger presence on our campus of some security. I feel very comfortable about that,” said Freeman.

Student-led efforts are some of the most impressive actions Freeman saw this week.

“One of the things that I’m most excited about is our student-led initiative towards things that they are doing in the school,” said Freeman. “These are student-led initiatives to say to the community that are wanting to make things right, and they are really leading the community, I feel like. They are showing us how to go about healing process and that’s one of the most exciting things I’ve seen come up this week. We had a board meeting earlier this week, and some of the student leaders came and spoke about the things that they’re talking with the principals about and what they want to do moving forward, and that’s what’s school is about. It’s about seeing your students emerge as leaders and being ready to take those next steps in the community and become community leaders. That’s exciting.”

Freeman said he is confident with the actions taken by students, parents, teachers, and staff, Sylacauga will continue to come together and move forward.

“Sylacauga has a proud tradition of many years of working together working through problems,” said Freeman. We are not perfect. But finding ways to do that means something in times like this. When a storm is pushing a tree, the trees with the good roots stay in place. That’s what you have to reflect on in a community like this. There are good solid roots.”