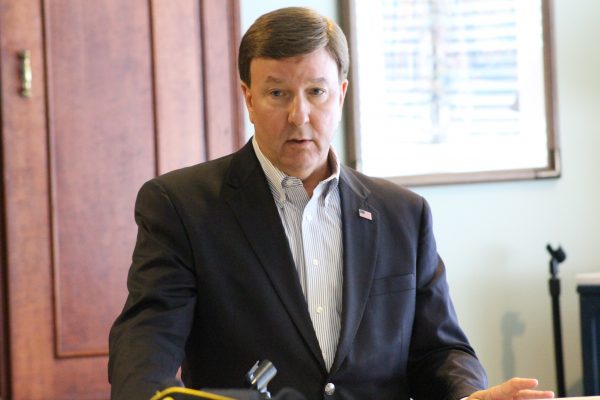 MB: Can you explain why the statement was made on the U.N. and the stop of pro-abortion efforts, why this was submitted, what this means for the American people, and for the entire world as the United States (U.S.) puts this into place?

MR: The U.S. has a treaty with the United Nations that affirms every human being has an inherent right to life. The International Covenant on Civil and Political Rights (ICCPR) wants to alter the language of this treaty to add “except unborn children”.  You don’t get to go in and change the language of a treaty arbitrarily after it’s been passed just because you don’t agree with it. I have been trying to get the U.S. out of the U.N. for a while because they do not share our values, and this is just another reason, among a host of others, that confirms that. I hate the fact that we are paying 22% of the budget to stay in an organization that does not share our values.

MB: If the U.S. leaves the U.N., how would that affect the U.S. as a whole and our international relations and the economy?

MB: Talk to me about the resolution with H.R. 3548 House Homeland Security Committee Markup that authorized $10 billion for border security including wall construction and technology upgrades.

MR: We want to finally start the construction on the wall and get the authorization and funding in place, but it is technically a very large and sophisticated fence. The president hasn’t decided what kind of fence we will use; three companies are in the running, one is actually in Alabama. The samples are supposed to be built in the southwest by December.  There has to be technology support in addition to supplement the fence – cameras, sensors in the ground to be able to patrol and capture people before they can get in the country if they get over the fence.

MB: Where do you stand on the NFL standing for the National Anthem and respecting our flag and those who have fought to die for our freedom, where do you see this going, and how has this affected you?

MR: Most of the NFL franchises have not been upset about the behavior of the NFL players, which I find unacceptable. Americans are making great sacrifices for this country. I regularly visit with wounded soldiers at Walter Reid, and do not approve of the NFL not requiring their players to stand. I am proud of our president for standing up against this behavior. The NFL did not discuss making their players stand for the national anthem until President Trump mentioned revisiting the tax exemptions they get for stadiums around the world.

MB: Lastly, what is it like when families from Alabama come visit you in Washington?

MR: I love my job because I think I make a difference and I am honored to be able to do it. By the end of the week, I can’t wait to get back to Alabama because it is normal. I love when people come by the office because it reminds me how blessed I am to live in such a great place with great people. It is great for the people because they can see our nation’s capitol, and I can share with kids about what they are seeing because I never got to come as a kid.