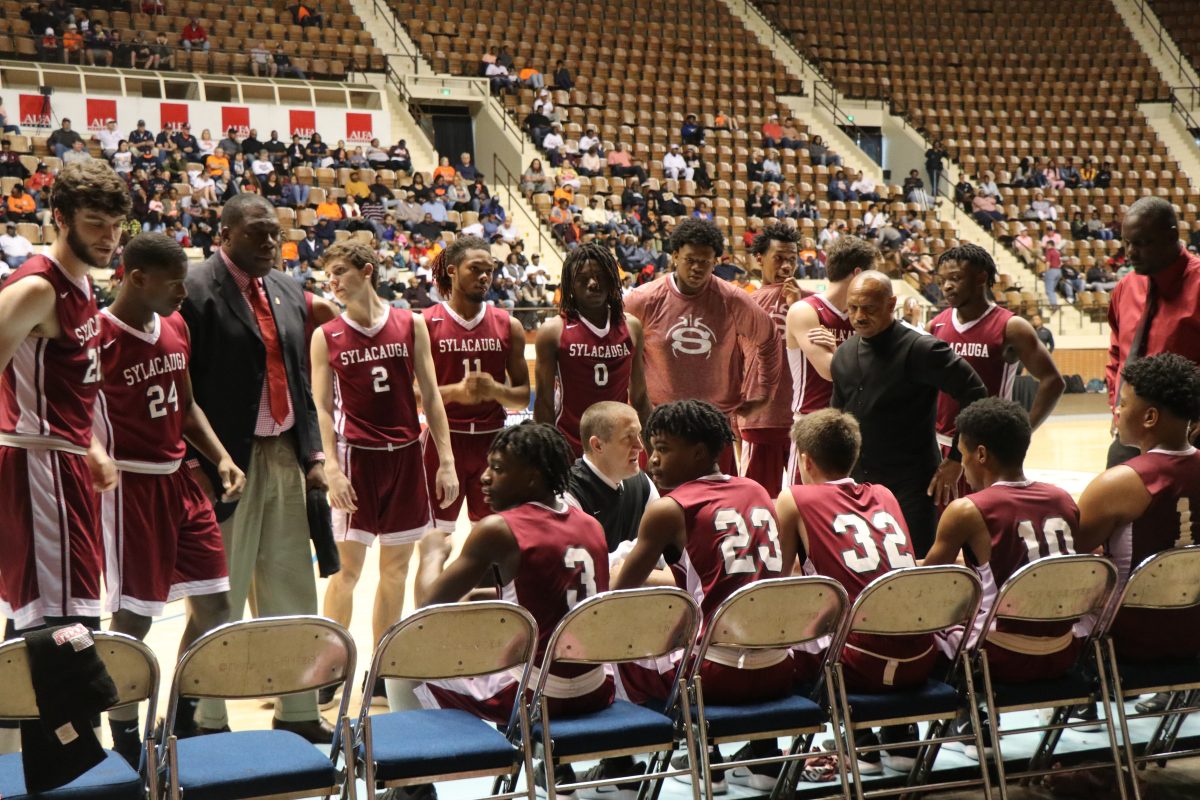 MONTGOMERY, Ala. – We all have our favorite sports traditions. Rolling Toomer’s Corner and Tiger Walk in Auburn to Singing Dixieland Delight and the Walk of Champions in Tuscaloosa.

Over the last three seasons the Sylacauga High School basketball team has started its own tradition – winning.

The run Sylacauga (24-7) is on with its hoops program is unprecedented at Sylacauga High School. Players have come and gone over this four year stretch dating back to the 2015-2016 season, but Head Coach Will Copeland continues to have his team on the big stage.

“First of all a great assistant coach in Joel Jones, getting him on board, and then some great players have really worked hard to get our program to where we want to be,” said Copeland.

The reigning state champion Aggies have already been tested this postseason, pulling out tough-fought wins over the Woodlawn Colonels (54-49) in sub-region play and the Charles Henderson Trojans (56-51) in the Sweet 16. Both victories had much to do with the play of 6’10” junior Shannon Grant.

“Shannon, in the Woodlawn game, did a great job in stepping up, and he had some post players he did a good job defensively on,: Copeland explained. “We expect a lot out of Shannon. he has been blessed with a good body, and he uses it.”

These two teams should be very familiar with one another. Last season Sylacauga defeated Class 6A Ramsay twice in the regular season (Ramsay reclassified to 5A this season).

“It is a whole different team,” Copeland said. “They have some guys that have transferred in and have gotten a lot better over the last year.”

There is no doubt Ramsay will be a tough test – the toughest test this season by far – but win or lose Wednesday, the Aggies are here to stay as a perennial basketball powerhouse. Over the last four seasons, Copeland and his Aggies have compiled 101 wins and just 31 losses. That does not happen overnight. What Copeland has built in Sylacauga is special – do not take it for granted.