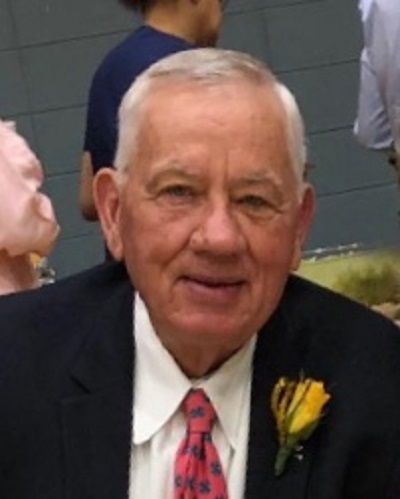 SYLACAUGA, Ala. – Beloved educator and businessman, Mr. Perry Andrews, passed away Saturday at age 72. Andrews was a retired teacher and long-time band director at B.B. Comer Memorial High School. He also served as band director at Sylacauga High School and Lincoln High School. He was a member of both The Gideons International and First Baptist Church of Sylacauga, where he served as a deacon and Sunday School teacher. Mr. Andrews was also an avid golfer and woodcarving artisan.

On Saturday evening I learned that my high school band director and neighbor, Perry Andrews, had passed away. My heart was broken, and I wept over the loss of my second father, mentor, and friend. Hundreds of other students can tell stories including Mr. Andrews, as he shared his love for music, his family and faith in all that he did. He always had kind, encouraging words to share even when some needed “tough love.”

Mr. Andrews came into my life at age 10 when I decided to take clarinet lessons at B.B. Comer Elementary School. He and his wife, Judy, came to B.B. Comer to teach music and take over the high school band program. For the next eight years, Mr. Andrews would teach me how to read, play, and love music! He and Mrs. Judy also shared their love for their alma mater, Jacksonville State University, where they remain active alums. 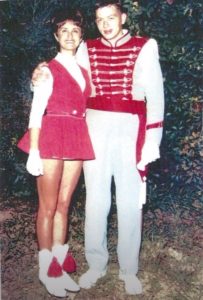 I especially enjoyed trips on the band bus and summer band camps held at Jacksonville State. Summer camp included hours of marching in the hot sun and memorizing all the music that we would play for half-time shows and competitions, but the part I remember the most was the fun that we had – skits, pranks, and lots of laughter. Mr. Andrews had a great sense of humor and a deep hearty laugh that we all loved to hear. We learned to answer quickly to his deep voice, and his finger snap is still the loudest I’ve ever heard. He was a father-figure to many students who had none, and the voice of reason with words of wisdom to all.

Mr. Andrews and my father were kindred spirits who loved to talk hunting, fishing and sports whenever dad chaperoned on band trips. They even quail hunted together a few times. Then in 1976 when I was in the ninth grade, Mr. Andrews was “My Teacher” who attended my paternal grandmother’s funeral. I had never had a teacher who cared so much, but I was no different than anyone else – he shared in the success and pain of all his students. We were part of a family. 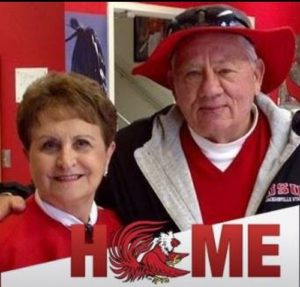 After graduating from Auburn University and getting married to my husband, Gray, we eventually moved back to Sylacauga and bought our first house. That’s when I learned that Mr. Andrews, Mrs. Judy and their daughter Amy lived on the same street. We were neighbors! Mr. Andrews helped Gray paint the entire outside of our house that year.  They became fast friends, golfing and fishing together often. A few years ago, Gray also joined Mr. Andrews’ Sunday School class at church, where he was a dynamic teacher.

When my oldest son was young, he had asthma. For Christmas when he was four-years-old, he decided he wanted a trumpet. I knew nothing about trumpets, so I called Mr. Andrews. He quickly told me that he could take care of that. In a couple of weeks, he delivered a pretty silver trumpet that made my little one especially proud and happy. And, playing that trumpet improved his breathing as well!

After learning about Mr. Andrews passing, I pulled out my class yearbook to look at our old band pictures. Under the photograph of Perry and Judy it read, “Mr. Perry Andrews, our band director, is totally devoted to his job and his students. Mrs. Judy Andrews, his wife, besides being one of the strongest supporters of ‘The Sound of Gold,’ is the leader of our Choral Music department. Mr. and Mrs. Andrews know their students on a personal basis and are truly concerned with their welfare. Without them, our music department could not be the success that it is.” Words true then and now.

Mr. Andrews was a long time member of the First Baptist Church of Sylacauga, where he served as a deacon and Sunday School teacher. He was also a member of The Gideons International.

A Celebration of Life Service will be held Wednesday, July 10, at First Baptist Church of Sylacauga at 2:00 p.m. with a visitation from 12:30 p.m. until 2:00 p.m. Rev. Rick Patrick, Rev. Tony Higginbotham, and Rev. Carroll Andrews will officiate.

In lieu of flowers, the family has asked that donations be made to First Baptist Forward in Faith or The Gideons International.

It has been a pleasure to know Mr. Perry Andrews, and I treasure all the memories our families share. He was a great teacher, mentor and most importantly – a Christian.