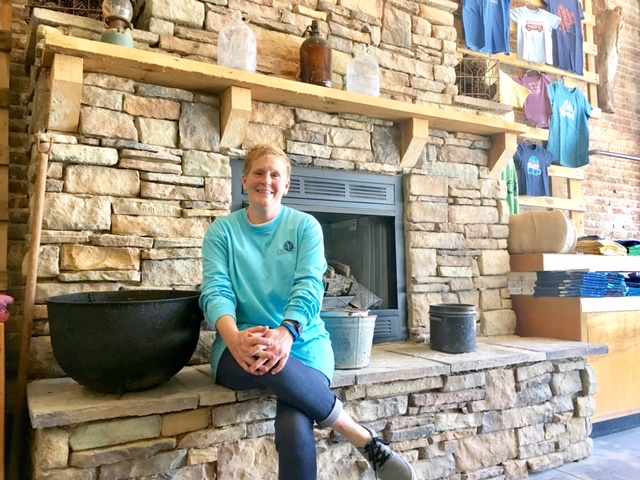 SYLACAUGA, Ala. – Some people dream big. Some dream small. Whatever they may be, we all have them. In life, many come true. Those dreams may not come to fruition when we want them to, but the best things eventually come to those who wait.

The hard work and dedication involved in the meantime just makes it all worth while.

“It has always been a dream of mine to run my own store,” said Willis. “It was very hard to step out of comfort zone, but I am excited about owning and operating a business.”

Her comfort zone was Walmart. Willis spent over 30 years with the retail giant climbing the ladder of promotions, working hard and learning on the job. That sounds like an eternity to most. Many lack the patience to wait that long for a dream, but Willis did.

Nearly 31 years ago, Willis found herself working in the receiving department at Walmart at age 18 while attending a two-year college. She quickly earned a spot working part time on the floor for a year. Her first management position was in the toy department. Then she finally received a promotion to be the manager of the toy department. She jumped from department to department before operating the garden department and becoming the OTC manager in the pharmacy department.

The foundation of her dream was set when Allen and Julie Sanders, co-owners of Trailwares, approached her about running a business years ago. “They were after me for almost eight years,” Willis stated. “After a lot of thought I decided to make the move.” She said having family and friends supporting her made the jump much easier.

As Willis said, it was not easy to leave her comfort zone. The consistent paychecks and the familiarity with those around her were more than enough reasons to stay put. But at the end of the day Willis said she had to ask herself one question: “Would I ever wonder ‘what it could’ve been’ and regret not stepping out on faith if I stayed put and never left to pursue my dream.”

Her dream is now unfolding right in front of her, but everything is not always easy.

The ‘ins and outs’ of running a business are tough she said. Willis said her experiences managing departments at Walmart help with the merchandising side of her new adventure, but she is relying on the Sanders to continue to teach her the business side of running her store.

Her store will be located on N. Broadway in the center of downtown Sylacauga. This was also a draw for Willis to make the jump from Walmart to Trailwares. “I love the location and having an established business like Buttons and Bows right next door,” she explained. “We look to feed off of all of the surrounding businesses that have been here for so long.”

Trailwares will be very similar to national chains like Kinnucans and Woods and Water. It will carry brands such as Patagonia, Columbia, Mountain High Outfitters, Costa and more. Willis believes everything anyone could ever need for the outdoors will be sold in her store. The store will also offer portable hammocks, watches, and Ruffwear for your pets. “When people come in they will see merchandise they can’t get anywhere around here,” said Julie Sanders. “If they want the merchandise we are carrying they will have to drive at least 50 miles to another city.”

While the products will cost the same in Trailware as other stores, those tax dollars spent in Sylacauga stay local. Willis pointed out the importance of your dollars staying in town to support children, schools and more.

SylacaugaNews.com asked Willis what will set Trailwares apart from competition in other cities. For Willis the answer was simply customer service.

“Serving the customer is what we are going to pride ourselves in here,” she said. “It was what I prided myself on at Walmart and I want this store to share the same ideas.” To better serve the customer, Willis said she will always take customer suggestions for specific merchandise saying she wants to learn about her customers and wants them to educate her on items they want to see in her store.

While the grand opening for Trailwares has not been set in stone, Willis plans to welcome customers around beginning of April. Although she wishes the doors to her store were already open, Willis is not too far away from her life-long dream truly becoming a reality.

Has the state classified your business as ‘non-essential’? The Alabama Retail Association requests your input in a new survey