Down Under
Men At Work

If I Didn't Love You
Jason Aldean & Carrie Underwood 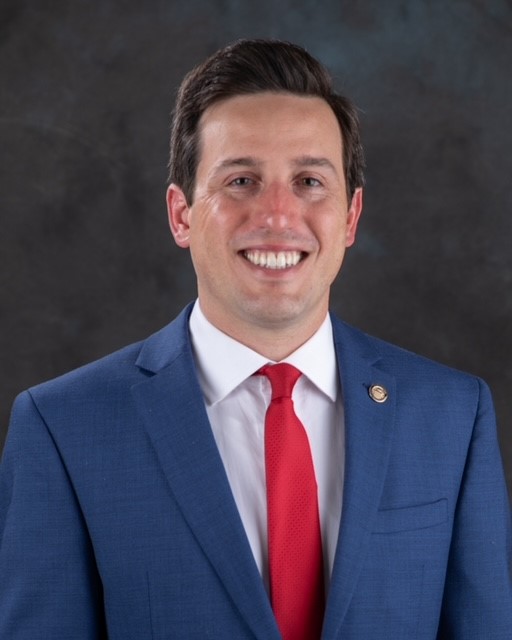 MONTGOMERY, Ala. – State Representative Ben Robbins (R) announced that he has officially registered to run for re-election to the Alabama State House of Representatives for District 33 in a press release on Wednesday.

Robbins was first elected on Jan. 19, 2021 in a special election after the death of Rep. Ron Johnson. Based on the 2020 Census data, District 33 has been restructured to include southern Talladega County and Coosa County.

The release states, “Robbins has fought hard to tackle the issues that plague District 33. Robbins has made a major impact with his outsider approach that brings fresh and conservative ideas to the forefront. In less than one year, Robbins has already obtained 1.75 million dollars in funding to demolish and mitigate the Avondale Mills property, over 1.5 million dollars for Coosa Valley Co-Op to expand their internet network, and received funding for improved vocational training in the District. He assisted in locating Westwater Resources, a graphite processing facility, to Kellyton and obtained over $200,000 for repairs and maintenance at Flagg Mountain.

In his freshman term, Robbins joined the powerful judiciary committee where he worked to ensure the right bills made it to the house floor for a vote, scrutinizing each bill with careful detail to ensure his District’s interests were well represented. He has quickly become a leader in the House of Representatives and a voice for the people.”

“I am honored to represent the great people of Talladega and Coosa Counties,” said Robbins. “I have relentless energy and am facing our problems head on.”

“I believe that our district has a greater potential, which is certainly achievable,” said Robbins. “The only way to reach a brighter future, where our children and grandchildren can prosper, is with fresh ideas that when combined with bold leadership and true conservative values, will create the foundation of success in our area.”

Robbins said, “Our district needs innovative, conservative representation, a relentless worker, and a servant-leader. I look forward to continuing to guide our District to a brighter future.”

Robbins and his wife, Melanie, have one son, Gabe (1 year) and reside in Sylacauga.