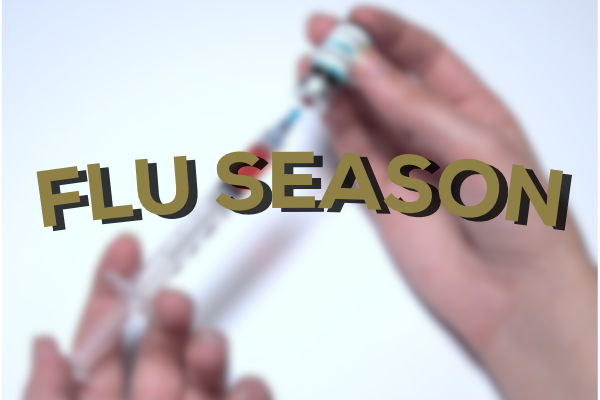 SYLACAUGA, Ala. – By now, there is a chance you or someone you know has been diagnosed with the flu this flu season as the virus runs rampantly throughout the state of Alabama. The city of Sylacauga has seen no exception.

Infection Preventionist at Coosa Valley Medical Center Jeff Wood told SylacaugaNews.com this has been one of the worst flu seasons in recent memory. He explained between the months October an December of 2016, CVMC only diagnosed 14 patients with influenza during the 3-month period. This year those numbers have escalated by 700%. In the same 3-month stretch in 2017, Wood explained CVMC diagnosed 97 patients with influenza.

He said he does not foresee the spread of the flu slowing down anytime soon. “What we’re gonna see is that it may get a lot worse. This strain of influenza is mutating pretty rapidly.” Wood explained. “We’ve had six weeks at or above baseline visits to primary care physicians. This year with the way the flu hit so rapidly, we will probably see it continue on to late February and into March.

According to the Center for Disease and Prevention (CDC), this is not a pandemic flu situation, but a major seasonal flu situation. The organization estimates that 5% to 20% of the U.S. population will get the flu. On average, about 200,000 Americans are hospitalized each year due to flu-related complications. As many as 49,000 people die each year from flu-related illnesses in the U.S.

With so many getting the flu, the CVMC emergency room is more full than normal, and some units at CVMC have reached capacity. “Currently our census is really high, and we are maxed-out out in some units. The Intensive Care Unity unit is pretty full as well. We’re seeing a lot of patients, obviously not all of them have the flu, but we’ve had an increased amount of flu patients that have been admitted,”said Wood.

With numbers of admissions increasing and waiting rooms more crowded than normal, Wood encouraged only those who have severe symptoms to make a trip to the emergency room. “If you experience flu symptoms that are mild, don’t come to the emergency room,” Wood pleaded.  “Go to  your primary care physician and follow their directions.” Wood went on to say those with minor flu symptoms could over-stress the hospital’s resources it needs to service those with severe symptoms.

If severe flu symptoms occur,  CVMC is readily prepared to treat those patients while limiting the spread of the virus to patients without the illness. “We have trained our emergency department staff to recognize people coming in with the flu,” Wood said. Our staff makes sure they get separated out of the general population to avoid limit spreading it. We also put those diagnosed with influenza in a private room away from other people.”

CVMC has also gone the extra mile to protect its staff during this season. All staff member were eligible for a free flu shot and encouraged to take advantage of the shot. The hospital has alos stockpiled personal protection equipment to keep staff members safe.

One symptom Wood said should dictate whether a flu patient is dehydration. He said dehydration is one of the worst symptoms of the flu and should be taken seriously. Symptoms of dehydration are increased thirst, decreased urination, dry skin and dizziness.

Here are other symptoms of the flu:

The best way to prevent the flu according to Wood is get the vaccine. “If you have not gotten the shot, run. Do not walk, run,” he stated. “It takes two weeks for it to become effective, so it is not too late.”

Other preventative measures include:

The flu can be fatal for everyone, but here is a list of those at high-risk for developing flu-like complications:

Wood said although Flu numbers are expected to continue to rise, CVMC is fully prepared to treat as many patients as necessary as the virus continues to spread.

CVMC tree lighting to be held next week