Trouble with a Heartbreak
Jason Aldean 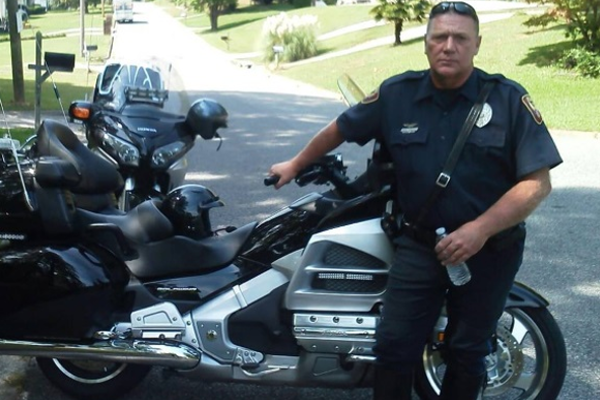 CHILDERSBURG, Ala. – Childersburg Police Lt. Kevin Kirk was wounded in the line of duty on September 16 in pursuit of a suspect in the fatal shooting of a young woman. Although improving after being shot in the foot, Kirk faces a long recovery process before he can return to work.

Some local citizens have taken to Facebook to raise support and dollars to aid him while he is away from his job.

One of the supporters, Fred Jones, met with CPD Chief McClelland and asked him about making donations for the injured officer.

“We understand that the officer, Kevin Kirk, is no longer drawing a full check, but will be drawing only 66% of his pay through workman’s comp,” said Jones. “As you know, his pay was already very low. He will be out of work for several months, possibly facing surgery. With the holidays fast approaching, we wanted to pull together as a community and help in this small way. Donations are being accepted at the Police Department through next Wednesday, October 5.”

Donations can be brought to the Childersburg Police Department and given to clerk Debbie Graham.

“The Chief will make sure that every dime goes to the officer,” said Jones.

Others are seeking to organize a GoFundMe page and/or a PayPal account for donations to Kirk & his family.