Say You, Say Me
Lionel Richie 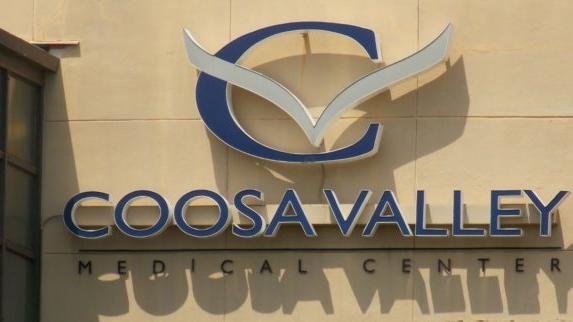 SYLACAUGA, Ala. – Rural hospitals have been in great distress across the state and across the country. Coosa Valley Medical Center is one of those hospitals.

At Tuesday night’s city council meeting, the council passed a resolution backing the reallocation of funds saved for building a bridge across the Coosa River from Shelby Co. to Talladega Co. to investing in Coosa Valley Medical Center.

Since 2000, a gas tax in Talladega Co. set aside for a bridge across the Coosa River has been collected. Unfortunately, there have been two hiccups with the plan. First, Shelby Co. does not want a bridge, so there will be no bridge. Second, in 20 years, the fund has only accrued between $8.5-9 million, no where close to enough to build a bridge in the foreseeable future.

The funds, however, can be useful to south Talladega Co., the area the tax was scheduled to benefit. Without a local hospital, over 500 local jobs would be lost, and the economic impact on the city of Sylacauga, and the south end of Talladega Co., would be devastating.

According to CVMC officials, the hospital has an economic impact of approximately $130 million annually. That all would be lost if the hospital failed.

Before Coronavirus, CVMC was in the midst of one of its best fiscal years in the last decade, but the last 90 days have been extremely rough on the hospital. While it was able to care for patients, all elective procedures were discontinued for some time, leading to strenuous circumstances. Chief Operating Officer and Chief Nursing Officer Amy Price said the revenue lost over the last three months has created a serious issue with the workforce. Over 130 employees have been laid off of furloughed. Price believes the bridge funds will help get the hospital back where it needs to be.

“The area cannot afford for Coosa Valley Medical Center to fail. It would mean a loss of some 500 jobs, and an unimaginable loss of local healthcare,” said city council president Lee Perryman. “There will not be a bridge. It does not make any sense to pretend that there will be. There’s not enough money to build a bridge, but there is enough money to save a hospital.”

It is important to note the council’s resolution does nothing to change where the funds go, but could hold weight in the state legislature. CVMC will also ask other municipalities and towns to pass similar resolutions.

Hear the council’s discussion on the resolution starting at 5:00 in the work session video below: