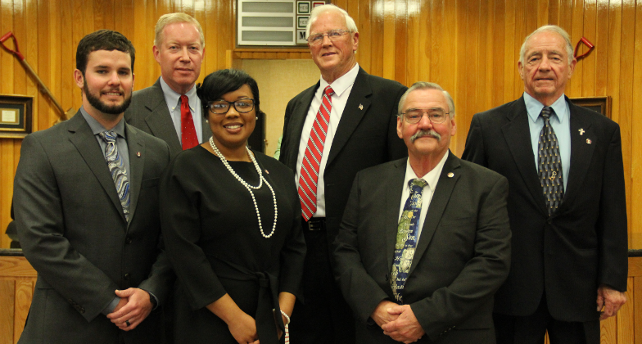 SYLACAUGA, Ala. – The City of Sylacauga is now under a state of emergency following a called council meeting today at 3:00 p.m.

“There have been various states of emergency declared or directives from the Alabama Department of Public Health, and because the virus is so close to our area, we think it’s appropriate for us to undertake certain protective procedures to help minimize the spread,” said council president Lee Perryman. “While we’re lucky to have no confirmed cases in Talladega County, it’s important that we condition people to take some precaution.”

Perryman explained that the point is not that Sylacauga is in imminent danger, but allows simplification to protocol and purchasing in the event of an emergency.

The Council also approved a directive by Sylacauga Mayor Jim Heigl that mirrors today’s proclamation by Gov. Kay Ivey and incorporates some of the ADPH suggestions and rulings for adjacent counties. The CDC has suggested that gatherings be limited to less than 25 people, and the White House has recommended gatherings of no more than 10 people.

“This will enforce the fact that the city of Sylacauga expects people to respect that it doesn’t want more than 25 people gathering, and even then with a six-foot distance which is consistent with what has been deemed by the Governor and is being enforced in other areas,” said Perryman.

Restaurants in Sylacauga will be discouraged against serving food or drink on site, and encouraging them to offer take-out delivery services among other measures.

“The goal is not to prohibit people from doing things they need to do. There has to be reasonable protection. It’s about making sure people consciously understand the things they should be doing in order for us to try and prevent the spread.”

Crazy On You
Heart