Flashdance (What A Feeling)
Irene Cara 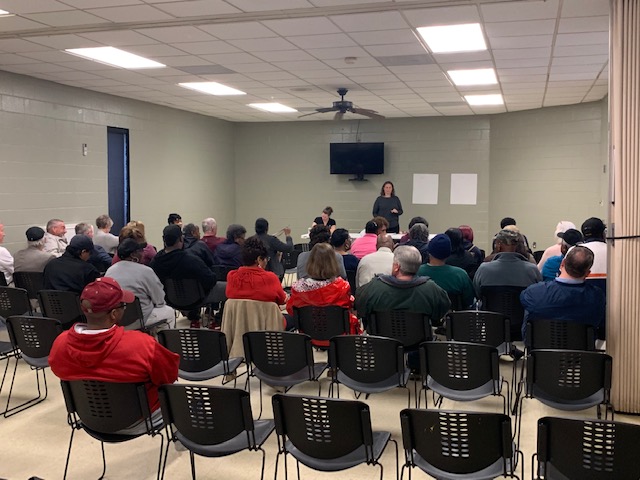 SYLACAUGA, Ala. – A public hearing was held at J. Craig Smith Community Center Tuesday afternoon to discuss the floor plan of a possible, but not yet planned, new community center.

The meeting was hosted by Engineering Design Technologies (EDT) which has been tasked with drawing a prospective floor plan by the city of Sylacauga.

City leaders, including the mayor and city council, and many members of the community attended the meeting.

EDT prefaced the gathering as strictly preliminary announcing no location for a new community center, nor any amenities, have been decided on. The goal, according to EDT, is to create one community center that encompasses most of the activities in which the community would like to participate.

“This is a very preliminary meeting regarding the possibility of a new community center,” said Brandy Robertson with EDT. “Nothing is in the works for this yet. We’ve met with the city on numerous occasions to discuss some of the programs, wants and the needs. The goal we’re trying to accomplish is a basic footprint for a new community center,”

Many of these activities are already available at the Verlie Collins Center and the J. Craig Smith Community Center, but the two centers have either become too small without the possibility of expansion to house the activities needed, or fiscally would not make sense to repair rather than build a new center as multiple city leaders stated at the hearing.

“Verlie Collins would have to be renovated, which costs a good amount of money, and nothing else could be added to that,” said Robertson. “Then you have J. Craig which is a nice facility, but it has been completely outgrown.”

“A new facility would enhance the popularity of Sylacauga.” said James Adams, a member of the community at the meeting. “This will go forward in helping us provide a better living environment for people who want to move to Sylacauga.”

Other suggested activities were study rooms for kids with computers, spaces for senior citizens and office spaces that are multi-functional.

The size of the building discussed was 55,00 sq. ft. excluding a new pool and outdoor multi-purpose basketball courts.