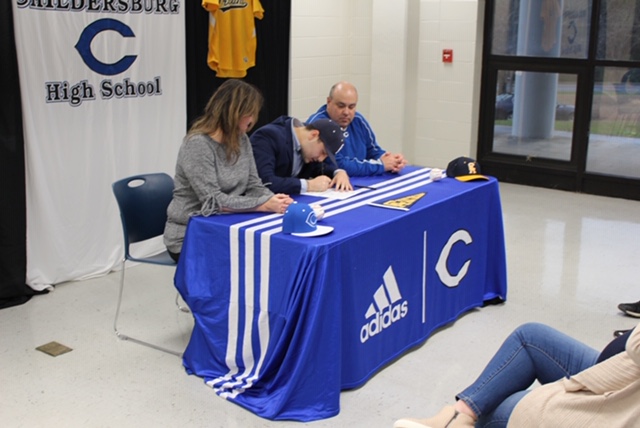 Logan, who plays first base for the Tigers, signed his letter of intent at CHS in front of friends, family and coaches.

“It is very exciting because this is something Ryan has worked for his entire life, while also putting in tons of work and effort outside of baseball practice,” said Logan’s father Brad Logan. “It is very important to our family as he is following in his brother’s footsteps, who also played first base at CACC and CHS.”

Head Baseball Coach at CHS Josh Podoris says that this could not come at a better time for his players. “For this to happen right before the season is amazing because it serves as motivation for our younger guys to shoot for a scholarship one day as well,” said Podoris.

“Any time one of our guys can continue his playing career past the high school level is pretty amazing, not to mention CACC is right down the road so we will have the opportunity to go and watch Ryan play,” said Podoris.