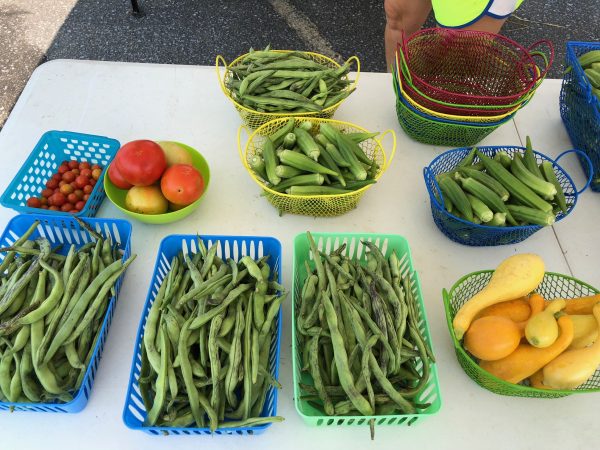 CHILDERSBURG, Ala. – The Childersburg Market is thriving as the summer comes to an end with fresh fruit and vegetables grown in local gardens.

One vendor brings homemade baked goods to sell at the market. She said it is things most people do not think of, but really enjoy. Chrys sells pina colada zucchini bread, tea cakes, almond joy cookies, and moscato and chardonnay jellies.

This is the fourth year the market has been open. Coosa Valley Chamber of Commerce Director Tom Roberts said it tries to start as early before Memorial Day as possible, but this year was a little later. “Next year I want to start in March because that’s when strawberries and grains are in season.

Little J’s Big Dogs has recently started selling lunch at the market. Roberts said he did not want people to have to choose between getting lunch and getting their fresh vegetables, so they started providing both. “We want to bring people to the downtown area. We have a lot of new businesses that are in the process of getting moved in, so getting people back in the habit of coming to downtown Childersburg,” said Roberts.

The Childersburg Market is open every Monday from 12:00 p.m. until 3:00 p.m. in the parking lot across from First Baptist Church. The market will go through the end of November this year.