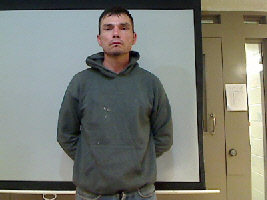 SYLACAUGA, Ala. – A Childersburg man has been arrested and charged with murder.

According to Talladega County Jail records, Steven R. Dawsey was arrested on Monday, May 20, for an alleged murder.

Although the murder happened in the county, Sylacauga Police Chief Kelley Johnson did confirm a fatal stabbing on or near Central Ave. in Sylacauga.

The victim’s name nor a motive have been released.

The Talladega County Sheriff’s Office said it will update the media with more details later today.

This story will be updated as SylacaugaNews.com learns more information.

Kilgore said Mrazek did not show up for work on Monday, so his boss went to check on him and found him dead at his residence on Central Ave.

Kilgore said the preliminary cause of death is multiple stab wounds. The body has been taken to the Department of Forensic Sciences.