Up On The Housetop
Gene Autry

All My Friends Say
Luke Bryan 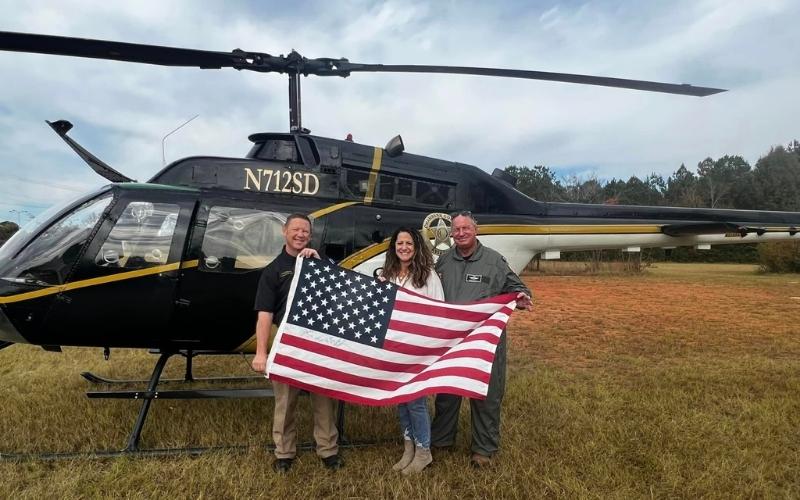 As part of Aviation Day, a Bell JetRanger helicopter was showcased as it landed at the elementary school around 11:00 a.m. that morning.

The helicopter was flown in by Chief Deputy and Chief Pilot, Richard Carter, and Captain Barry Colley.

“This is an outstanding educational tool that will allow the students an up-close and hands-on approach to a world many will probably never have access,” said Principal Bryant.

Bryant also noted that the Civil Air Patrol, with its three-tier program of emergency services, cadet programs, and aerospace education would enhance the students’ education.

Students can join the Civil Air Patrol at the age of 12, and there are squadrons stationed throughout the state.