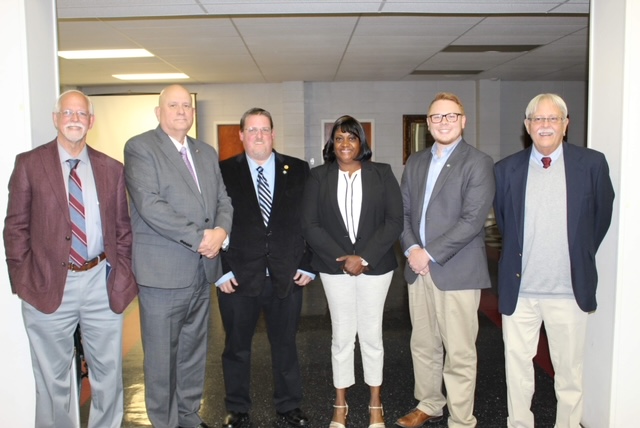 CHILDERSBURG, Ala. – The Childersburg City Council met on Tuesday, July 20 with the following agenda of items for action:

The Council voted to approve Resolution 2021-24, which authorized emergency repairs due to the failure of a pair of existing storm drains at the intersection of 4th Street SW & 5th Avenue SW, as well as on Limbaugh Avenue. The work will be performed by Civil Contractor at a cost of $33,400 from Fund 75.

Also approved was Resolution 2021-25, which authorizes the purchase of property at 701 1st Street SW from the Commercial Development Authority in the amount of $37,364.18 from Fund 55.

The Council voted to approve $14,600 for a new Daktronics digital message board at City Hall, to replace the old sign at the corner of 3rd Street and 8th Avenue SW.

Also approved was the installation of I-Wave Commercial Air Cleaner Systems at City Hal and the Rainwater Library at a cost of $2,487.50 for each building from Fund 75.

The Council approved the creation of an exploratory city museum committee, consisting of Judge Billy Atkinson, Sr. and Don Stephens, to review the available resources.

Littleton Electric Service was approved to perform the labor to install lighting at the Grove Park walking track in the amount of $8,400 from the Alabama Trust Fund,

The Council gave approval to hire Tre’Shaundez Bolden as a police cadet at a rate of pay of $14.50, as well as approval for him to attend the upcoming police academy session in Jacksonville and all related costs.

Also approved was an advertisement with the Childersburg High School Volleyball team in the amount of $200 from Fund 23.

The next regular meeting of the Council is scheduled for 6 p.m. on August 3.

City of Sylacauga taking board applications until end of August