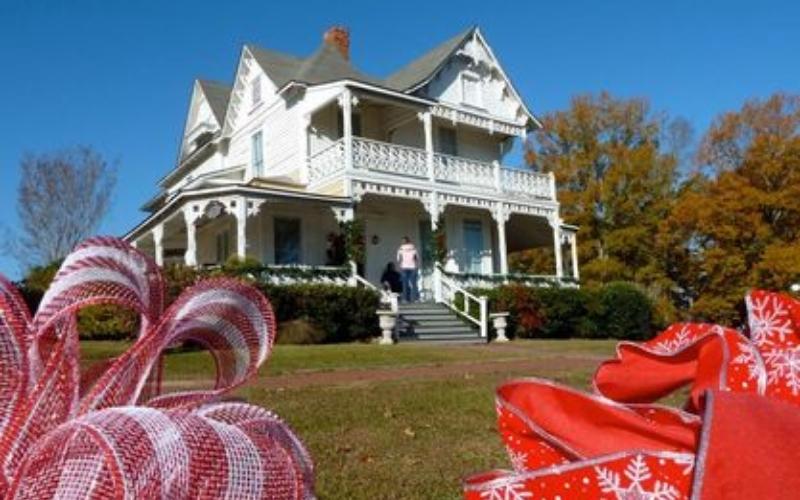 CHILDERSBURG, Ala. – The annual Christmas tree lighting in Childersburg is scheduled for Tuesday night.

With the holiday season upcoming, plenty of debate surrounds when it’s permissible to partake in traditions such as playing Christmas music or displaying decorations in front of your home. At a certain point, however, the question of when becomes null and void. Typically that time is after Thanksgiving.

In the local area, Childersburg will enter into Christmas time officially tomorrow night when the city illuminates the large tree that sits at the Butler-Harris Rainwater House around 6:00 p.m.

Those on hand to witness the lighting can then make their way downtown where different businesses and groups will participate in the occasion. Hot cocoa will be available as well as a first for the event: horse-drawn carriage rides.

A feature film titled “A Maggie Mae & Me Christ-Mass Story: Fingerprints from Heaven” will then be shown on a projector at DeSoto Park which is right beside the police and fire stations. The movie was directed and edited by Roberts.

“With so many going the extra mile, Childersburg has again turned into Christmasburg,” said Roberts. “Some said it’s like a Hallmark Christmas movie, so we added a Christmas movie.”

You Keep Me Hangin' On
Kim Wilde
Another Step
Listen Live