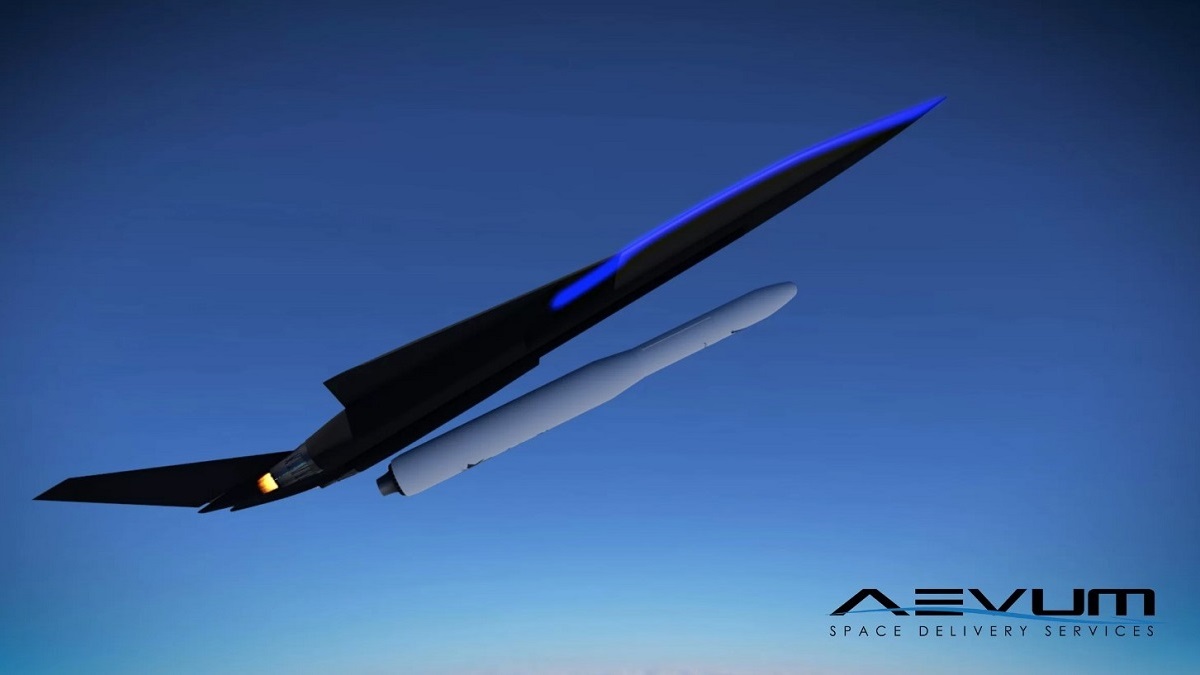 Huntsville-based Aevum is developing the Ravn, an air-launch system to deliver satellites into space. (Aevum)

From space exploration to national defense, Alabama’s aerospace workers are playing key roles in all areas of the global industry, and they’re responsible for innovative, headline-grabbing products.

Here are four of those products that illustrate Alabama’s continuing contributions to an industry that is shaping the future.

An Alabama startup is developing a fully autonomous unmanned airplane that could launch satellites every three hours.

Ravn is an air-launch system from Huntsville-based Aevum.

“Ravn is designed to launch every 180 minutes,” Jay Skylus, Aevum’s CEO and chief launch architect, told Space.com. “Other launch vehicles fly only a handful of times a year with an average of 18 months of lead time.”

Aevum is focused on launching many tiny satellites into space, a network that could mean drastic improvements in communications around the world, such as wireless internet access everywhere, Skylus said.

Being unmanned is key to Ravn’s launch rate, and it also simplifies and reduces necessary ground operations, compared to the needs of other launch systems.

Ravn takes off and lands horizontally on any standard runway, and it carries an expendable two-stage rocket engineered for spaceflight.

According to Aevum, Skylus’ determination to break down digital barriers followed Operation Red Wings, when 19 U.S. service members were killed in Afghanistan in 2005, partly because of a communication failure.

Skylus’ own brother served in the military, and he was moved for those who lost loved ones.

“Space, as the ultimate vantage point, is part of the solution to overcoming similar communication challenges,” the company says. “However, the extreme cost of accessing space has limited it to a select few. Fueled with compassion, Jay set out to change the high costs of deploying technologies in space and never looked back.”

GATR Technologies’ inflatable invention enables high-bandwidth satellite communications in remote areas, an ability that has led to a host of military, commercial and humanitarian aid organization applications around the world.

A Metro US report notes the lightweight, portable, inflatable antennas from Huntsville’s GATR Technologies – which can fit inside a backpack – kept Puerto Rico from being completely cut off after the island was ravaged by Hurricane Maria last year.

It was able to maintain cell phone signals and Wifi hotspots in the disaster zone. Since then, the company has been working on more developments to the system to speed up disaster recovery, such as “unified video” software and tools to clarify those video images.

“Radar antennas have been used in the military for quite some while now and we’re looking at things like what happened last year, where you had disasters both in Houston and down in Florida and again in Puerto Rico, and how we could get all those centers to communicate together so that relief operations will be more efficient,” GATR Technologies’ Paul Garzon told Metro US.

GATR Technologies was recognized by the Alabama Department of Commerce in the 2016 Governor’s Trade Excellence Awards for successful exporting strategies. Last year, the company announced an expansion in Huntsville and a plan to double its 125-member workforce over two years.

GKN Aerospace announced an agreement last year with General Atomics Aeronautical Systems Inc. for the design, development and manufacture of fuel bladders for Predator B aircraft.

The agreement covers the fuel bladder system for the first production aircraft of the MQ-9B Remotely Piloted Aircraft system. MQ-9B is a “Type-Certifiable” version of GA-ASI’s Predator B product line.

“We look forward to working with GA-ASI to provide a vital fuel system solution for this long-endurance Predator B platform variant. We have been supplying fuel systems for many decades and for many airframe platforms and MQ-9B fully exploits all our recent advances in both manufacturing and materials technologies,” said Staffan Svensson, vice president of GKN Aerospace Special Products Group.

The Missile Defense Agency recently awarded an $80.6 million contract to the company for the work, which runs through 2022.

“The re-entry vehicle is essentially the bullseye for an interceptor missile, and it is also one of the most complex parts of the target,” said Sarah Reeves, vice president of Missile Defense Programs at Lockheed Martin Space.

“In today’s environment, it’s incredibly important to test against threat-representative targets that look like enemy missiles, and we are proud to continue to provide that capability to the Missile Defense Agency.”

Dawn Azok for Made in Alabama | © 2018, alabamanewscenter.com