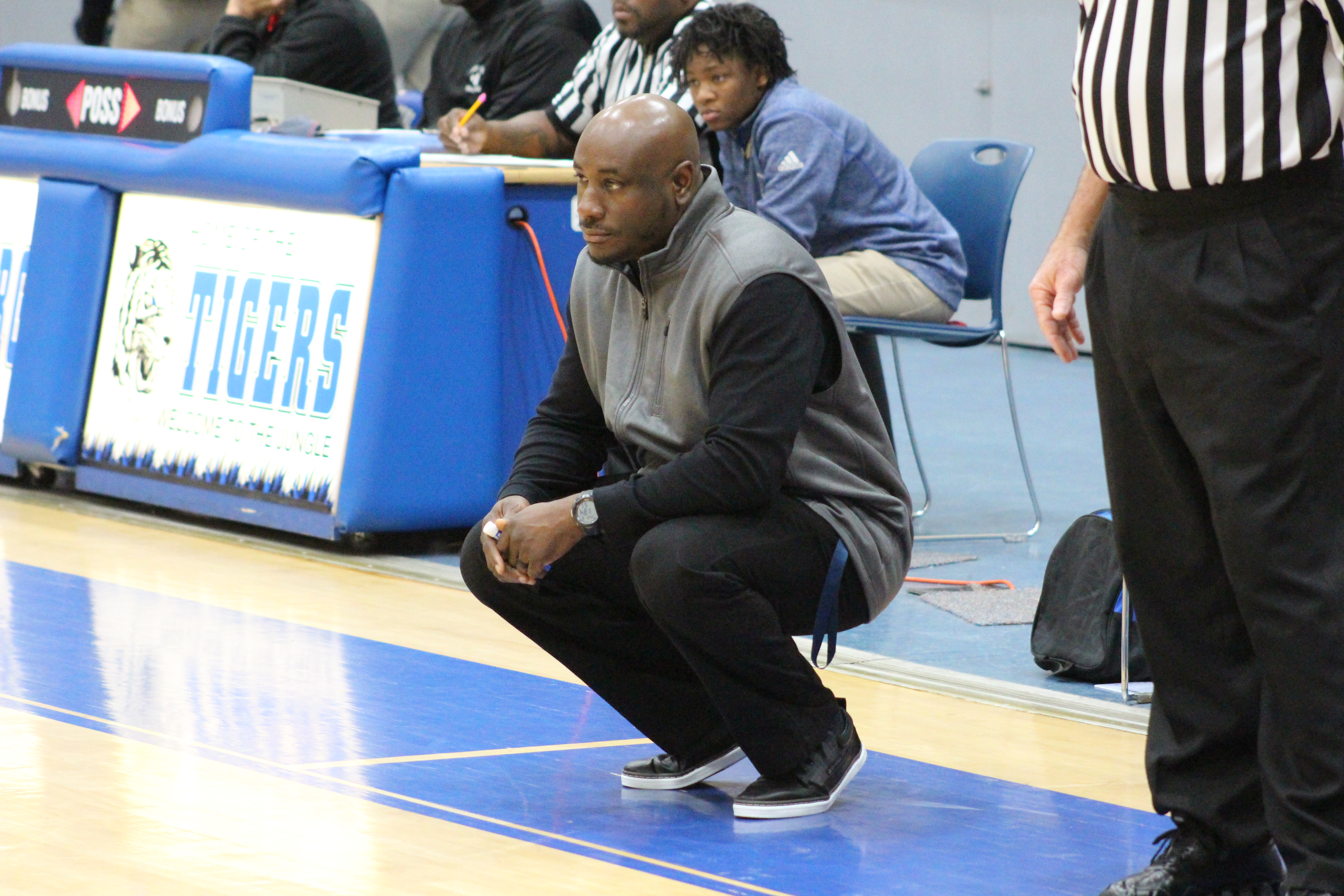 CHILDERSBURG-Ala. – The Childersburg Tigers hosted the Comer Tigers in basketball on Monday night. The game was just the second game of the season for Comer after reaching the state championship game in football.

Three back to back turnovers by Comer and a huge rebounding edge gave Childersburg Coach Johnny Johnson’s cats a run moving to halftime. Isaac Marbury made an art of drawing offensive charges to get Comer in early foul trouble and Jordan Mann’s back to back long three pointers with 4:27 in the second stanza gave Childersburg a 31-16 lead at intermission.

However, Coach Herbert’s Comer Tigers were not done. After a Kamore Harris dunk with 4:15 in the third, the black and gold sliced the lead to five, 36-31. But a Sharrod Robertson bucket and another triple by Jordan Mann pushed Childersburg’s lead back to 53-35 as the third quarter closed.

The fourth quarter saw Johnson’s Tigers pull away after two crowd inspiring dunks by Kordes Swain and Jordan Mann. The guys in blue cruised to a 73-46 win, and see their season record improve to 8-2.

Coach Johnny Johnson responded to the keys to their victory, “I thought our defense was great and our pressure really bothered them. Gerald Wallace has really challenged our kids defensively. We also spread the ball around good and had balanced scoring. It was not easy though as Comer was playing only their second game. They are big and going to be good. I am proud of our kids.”

Childersburg’s balanced scoring was led by Jordan Mann’s 17 points, followed closely by Ja’Kaleb Stone with 16, Isaac Marbury with 14, Sharrod Robertson with 12, and Kordes Swain added 9.  The Tiger Sports Network will have this Friday’s contest with Reeltown with tip set for around 4:00 on KiX 100.3 with the voices of Childersburg athletics, David McCurley and Robert Sprayberry.