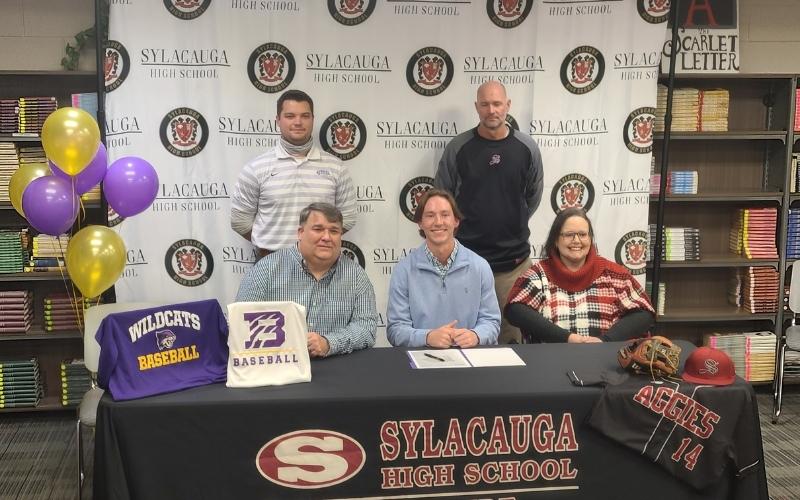 Brasher has played multiple positions throughout his career on the diamond, but most often he is stationed as a second baseman.

“It’s been amazing,” said Brasher about playing for Sylacauga and the memories he’s made. “All of my coaches, they’ve helped me tremendously. I can’t thank them enough.”

Head coach Jeff Bell had high praise for Brasher prior to the signing.

“Brantlee lives up to everything that we as coaches — every coach at this school — he epitomizes what we preach,” said Bell. ” He is the definition of, ‘If you do things right, good things will happen to you.’ Everything he does is exactly the way it’s taught. It’s a big day for him and for our baseball program.”

Brasher can now focus on his upcoming senior season before he moves on to McKenzie, Tenn. to play for Bethel next spring.

The coaches up there and the environment they had up there, I really liked it,” the future Wildcat said about his decision to sign with Bethel. “It felt like home.”