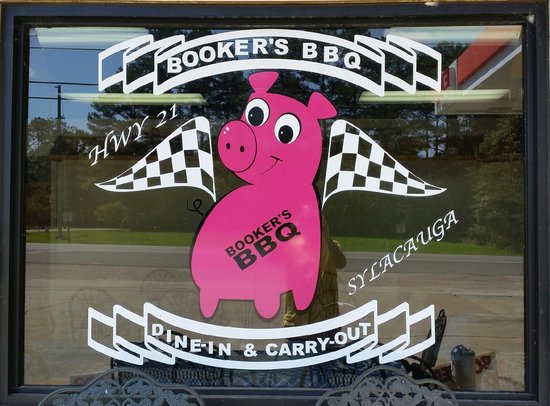 SYLACAUGA, Ala. – Booker’s BBQ, formerly located at Dobson Service Center off Hwy. 21 moved around a year ago to the Sylacauga Country Club. Owners Ralph and Linda Booker are excited to announce they are moving again to a new location downtown this fall.

Even though Booker’s has only been at the Sylacauga Country Club for a year, the new change in ownership will cause change for Booker’s in its wake.

“The whole time we’ve been in business, we have done only what we can do and what we’re going to do. That’s how we conduct business,” said BBQ Ralph Booker.

Booker’s ran into problems when it moved to the Country Club. Booker said it was hard to rely on another business while trying to effectively run his business.

The new location will be more central to downtown Sylacauga as it will relocate to the former Downtown BBQ building on N. Norton Ave. It should be open and running by the beginning of October. Regular customers have continued to come when Booker’s moved to the Country Club, but Booker said they are excited about the move because the new location will be in walking distance from downtown businesses.

Another problem Booker’s encountered was confusion on if it was private like the Country Club. He thinks other customers who did not want to come to the Country Club will start coming back at the new location.

Booker said the move will be good for them. “We’ll get to go back to what we used to do. Our menu, plates, barbecue, fish, and just a wide variety that we get to go back to.” Other changes include wings for weekend ballgames, catering for holidays and eliminating the buffet.